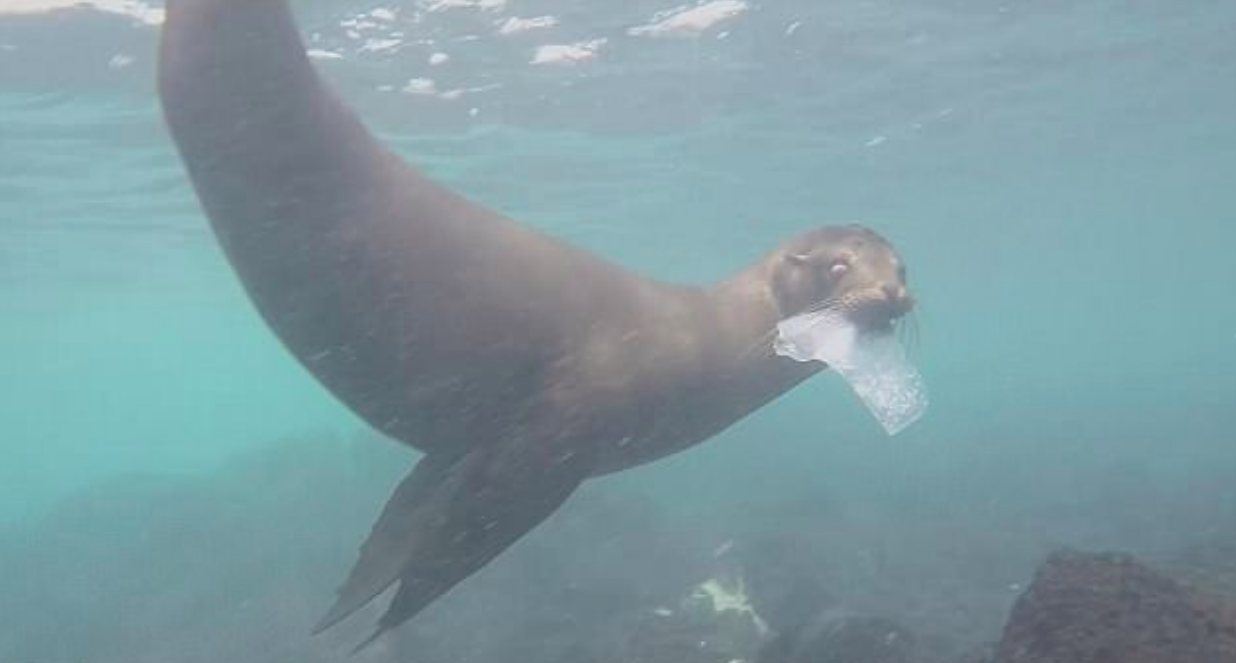 The Galapagos Islands, one of the most protected areas on Earth, are now facing a plastic pollution problem even though 97 percent of the islands are off limits to humans.

Seals have been recorded playing with plastic water bottles, hermit crabs are using bottles as shells, and Galapagos finches are lining their nests with plastic fibers.

Microplastics have also been discovered in the sand, presenting a threat to smaller species.

According to an exclusive ITV report, the plastics problem in the Galapagos represents a unique opportunity to target the source of the plastic and stem the tide of waste.

The Galapagos Islands are home to one of the most unique and diverse ecosystems on the planet, and some species that live on the island can’t be found anywhere else in the world.

This is why it was such a draw to Charles Darwin who used finches on the island to point out how a species evolves with its environment.

The islands are technically protected, but now the presence of plastic on the shores of the Galapagos are a major threat to the many endangered and unique species living there.

“The larger, charismatic species are more at risk with larger items and smaller animals at the bottom of the food chain, that really support this diversity here, are much more susceptible to these smaller pieces,” said Ceri Lewis from the University of Exeter.

According to the ITV report, researchers from the University of Exeter have been given rare access to some of the untouched areas of the island in order to survey the Galapagos’ currents, tide patterns, and amount of plastic on its beaches to target the source of the waste.

One visit yielded 156 bottle caps along an 82 feet stretch of beach, which emphasizes just how pervasive plastics are even though the Ecuadorian government has banned plastic straws and bags on the island.

It is suspected that the plastic is washing up from ships who are discarding their rubbish as they pass by the islands.

If ships are avoiding high disposal fees charged by ports, it might be time to reconsider port regulations for managing ship waste according to conservationists.

However, before solutions to the plastic waste on the Galapagos can be found, researchers must first confirm exactly how the plastic is making its way to the shore.

“We are actually really excited here in Galapagos,” Lewis said. “We think there is a real opportunity to really understand the problem – in real detail – and do something about it.”