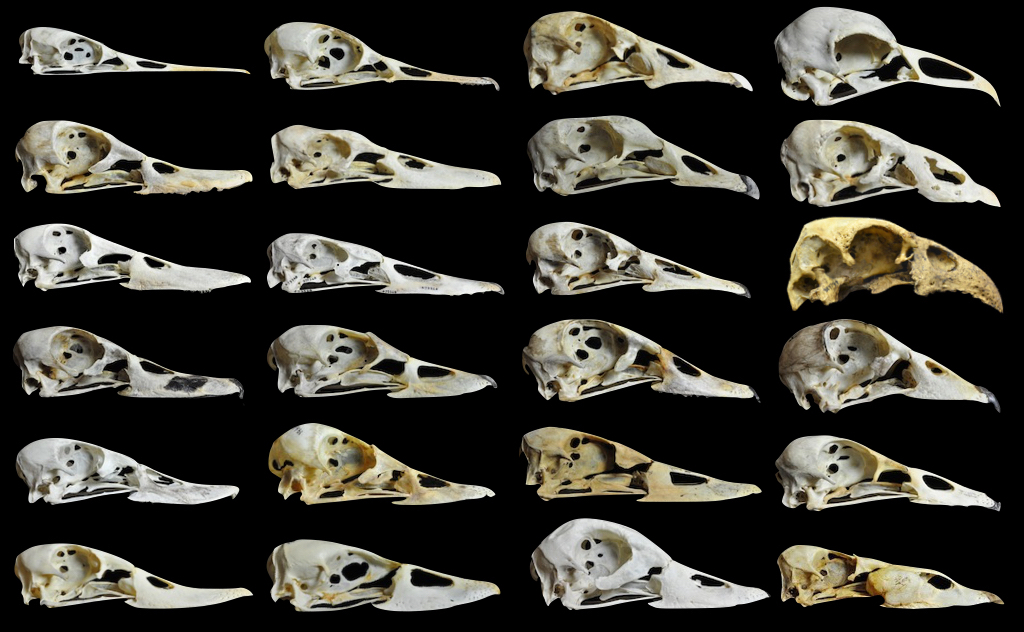 Analysis of an animal’s mouth shape and function can reveal a lot about their diet. Scientists have known this since Charles Darwin first postulated the theory of evolution using the different beak shapes of finch species on the Galapagos Islands.

A new study from Brown University has once again confirmed this idea, but this time in ducks and geese instead of finches. Researcher Aaron Olsen, a postdoctoral researcher at Brown, explains, “This is the most comprehensive look to date at the relationship between diet and beak shape.”

Waterfowl in particular have very unique beaks, as they tend to be more curved and have a large diversity of shapes. In his study, Olsen wanted to figure out what accounts for this diversity. He imagined that diet likely played a significant part, but he wanted to achieve a deeper analysis than scientists that simply compare dietary categories with beak caliper measurements.

Olsen measured the three dimensional beak shape of 136 species of waterfowl – including two extinct species, one of which dated back tens of millions of years. Along with these measurements, he gathered detailed data from a vast research literature on the diet of each bird species.

“What this analysis asks is, ‘What are the patterns of correlation between these two datasets?’,” Olsen says. “What’s nice about that is you are going in a little bit naively about the relationship between the two.”

Ultimately, the mathematical result showed a strong correlation between beak shape and dietary preferences. The correlation was so strong, that Olsen believes diet likely dominates any other influencer for beak shape that other researchers have demonstrated – such as preening or shedding body heat. However, Olsen does believe these factors also play a role in defining beak shape.

In analyzing this data, Olsen has hypothesized that early ancestors of modern ducks, geese, and other waterfowl were actually more duck-like. He believes that geese-like beaks are a newer phenomena, though they evolved several times in several different locations.

Despite the strong correlation his data shows, Olsen is open to inviting further research that may prove otherwise. “I would love to see someone publish a paper and argue the opposite,” he said. And isn’t that what good science is all about?