Why are plastic straws banned when they’re only a small part of plastic use? • Earth.com 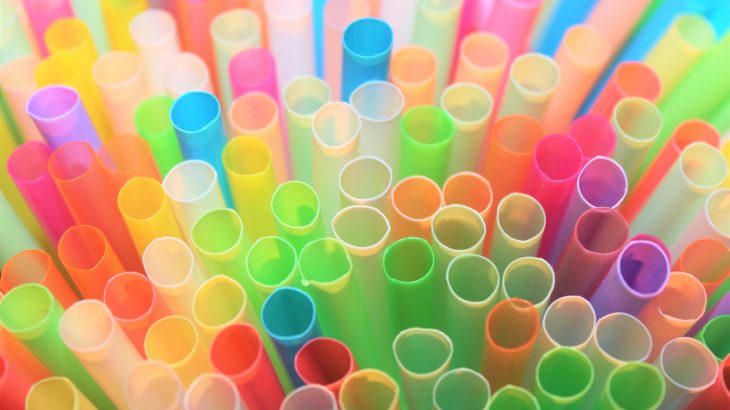 Why are plastic straws banned when they’re only a small part of plastic use?

Plastic straw bans have been popping up in cities and restaurants throughout the United States. These bans seek to address the plastic pollution crisis currently plaguing our oceans but the bans have been subject to considerable criticism.

Critics of bans such as these often cite concerns that banning plastic straws will do little to address plastic pollution as a whole. While plastic straws are ubiquitous in our everyday life, they are not the most common pollutant of our oceans.

During an international coastal cleanup event, plastic straws were the seventh most common item collected. In the United States, plastic straws make up 7.5% of plastic litter. It seems reasonable then to wonder if we should be addressing more prevalent pollutants.

But this criticism fails to consider that plastic straw bans are a jumping off point to begin changing consumers’ behaviors more widely. Plastic straws are an easy item to ban because plastic straws are non-essential and there are currently alternatives people can use.

“We look at straws as one of the gateway issues to help people start thinking about the global plastic pollution problem,” Plastic Pollution Coalition CEO Dianna Cohen explained to Business Insider.

If people find it is easy to use non-plastic alternatives to straws, the reasoning goes, they may reevaluate their use of other plastic products.

Plastic straws are also targeted because many plastic straws never make it through the recycling process despite being a recyclable product.

“Most plastic straws are too lightweight to make it through the mechanical recycling sorter. They drop through sorting screens and mix with other materials and are too small to separate, contaminating recycling loads or getting disposed as garbage,” For a Strawless Ocean says on their website.

Conservatives have also cited plastic straw bans as an example of government overreach encroaching on consumer choice. Conservatives even made a social media trend out of posting photos of themselves drinking out of plastic straws and a Florida Republican state representative introduced a bill to prohibit cities from banning plastic straws.

Despite the criticism over plastic straw bans, the initiatives are proving to be successful. A study examining the impact of a plastic straw ordinance found that the use of plastic straws decreased up to 40 percent at local businesses. Additionally, an Ipsos poll shows that over 40 percent of people have used fewer straws as a result of the recent attention on plastic straw pollution.

Plastic straw bans serve a greater purpose than simply tackling a small source of a big problem. These bans pave the way for greater change in the fight against the plastic pollution crisis.