Plastics may live an immortal life thanks to new techniques • Earth.com 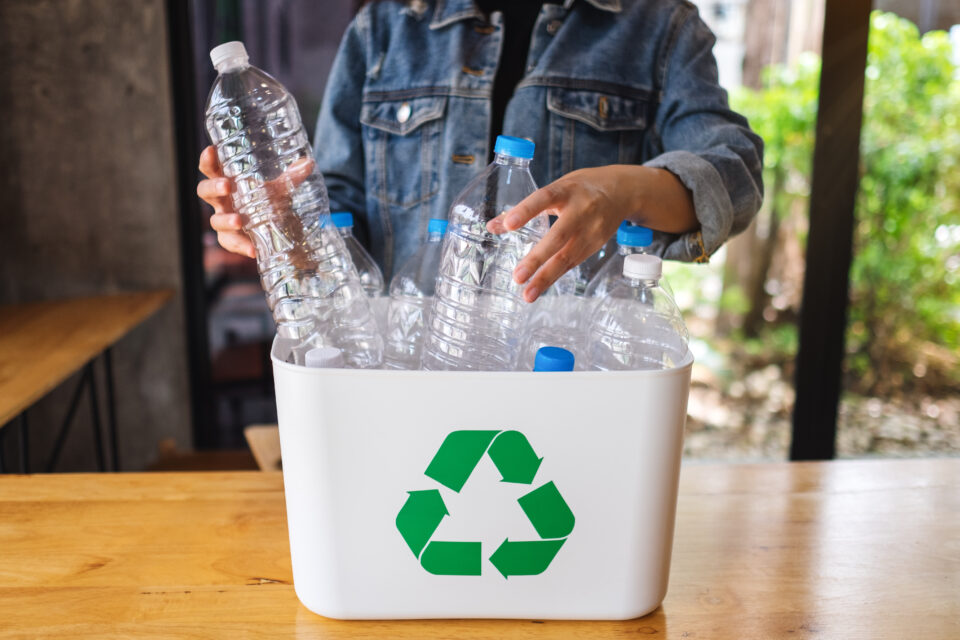 All the proteins, carbohydrates and fats that we eat consist of polymers – very large molecules that are made up of smaller units or building blocks. These repeated small molecules are known as monomers and the function of our digestive system is to break down the large molecules into their small units so that they may be absorbed into our blood. Thereafter, these monomers are available in our bodies to be reassembled into our own protein, carbohydrate and fat polymers. Just like Lego blocks, the units are broken apart and then put back together again to produce something useful.

Plastics are also made of polymers, with their monomers being derived from petrochemicals resulting after the fractional distillation of crude oil. Currently, some of the plastics can be recycled, but this involves turning them into a powdered form and melting them for reuse in another form. A team of scientists from the University of Colorado Boulder has now taken a different approach to the problem of recycling plastic polymers and attempted to break down the chemical bonds between the monomers so that they can be used again to build something new, just as we do with our digested food.

“We are thinking outside the box, about different ways of breaking chemical bonds,” said Wei Zhang, lead author of the study and chair of the Department of Chemistry, University of Colorado. “Our chemical methods can help create new technologies and new materials, as well as be utilized to help solve the existing plastic materials crisis.”

The research focused on a class of durable plastics that is widely used in the aerospace and microelectronics industries, and is very challenging to recycle because it is designed to keep its shape in conditions of extreme heat. Instead of trying to recycle the plastic, the researchers investigated techniques to break down the bonds between the monomers chemically, so that they are available as building blocks to produce new items of the same material.

It’s a major step in the development of repairable and fully recyclable network polymers and the study, published in the journal Nature Chemistry, documents how this type of plastic can be perpetually broken down and remade, without sacrificing its desired physical properties. In fact, the new chemical methods developed by the scientists could potentially be applied to other plastic materials and could lead to similar discoveries about how to break down the chemical bonds fully and rebuild them, enabling the circular production of more plastic materials in our daily lives.

This means that the plastics in our satellites, cars and electronic devices, not to mention all those used in everyday life for packaging, textiles, toys and household goods, may soon be reprocessed to live another life – over and over again – rather than ending up in a landfill or contributing to the great garbage gyres in the oceans.

In the mid-20th century, plastics were ubiquitously adopted in almost every industry and part of life as they are extremely convenient, functional and cheap. But half a century later, after exponential demand and production, plastics pose a major problem to the health of the planet and to people. Plastics don’t biodegrade, but perish to form smaller and smaller fragments, known as microplastics. These have become ubiquitously present in land and sea environments, in our drinking water, our food and ourselves.

Conventional recycling currently involves breaking down the plastics mechanically into powders, and then melting them, burning them or using bacterial enzymes to digest them. The products can then be used to make something new and useful. For example, shoes may be made from recycled rubber tires, and certain clothing products can be made from plastic bottles. The material is not the same as the original, but at least the plastic does not end up in a landfill or an ocean – for the moment.

Unfortunately, a very small proportion of the world’s plastic waste currently gets recycled. The large majority of plastic items so beloved by us end up being thrown away, which results in hundreds of millions of tons of waste being generated every year.  These slowly fragment and form microplastics, but they never really go away. Wouldn’t it be wonderful if we could simply break the plastic polymers up into their building blocks again and use them to make a brand new item of the same type? Plastics would then go round and round, being reincarnated into new products of the same material and potentially becoming immortal …

This is exactly what Zhang and his colleagues have managed to engineer. They reversed a chemical method and discovered they can both break existing chemical bonds and form new ones. This approach is based on the concept of reversible or dynamic chemistry, whereby chemical reactions can proceed forwards but can also go backwards.

“This chemistry can also be dynamic, can be reversible, and that bond can be reformed,” said Zhang. “We are thinking about a different way to form the same backbone, just from different starting points.”

What’s especially novel about this latest method is that it has not only created a new class of polymer material that, like Legos, is easy to build, break apart and rebuild over and over, but the method can be applied to existing, especially hard-to-recycle polymers. These new chemical methods are also ready for commercialization and can plug and play with current industrial production.

“It can really benefit future design and development of plastics to not only create new polymers, but it’s also very important to know how to convert, upcycle and recycle older polymers,” said Zhang. “By using our new approach, we can prepare many new materials – some of which could have similar properties to the plastics in our daily life.”

This advance in the closed-loop recycling of plastics is inspired by the natural world, as plants, animals and human beings alike are currently part of a planetary-level, circular system of recycling, said Zhang. “Why can’t we make our materials the same way?”