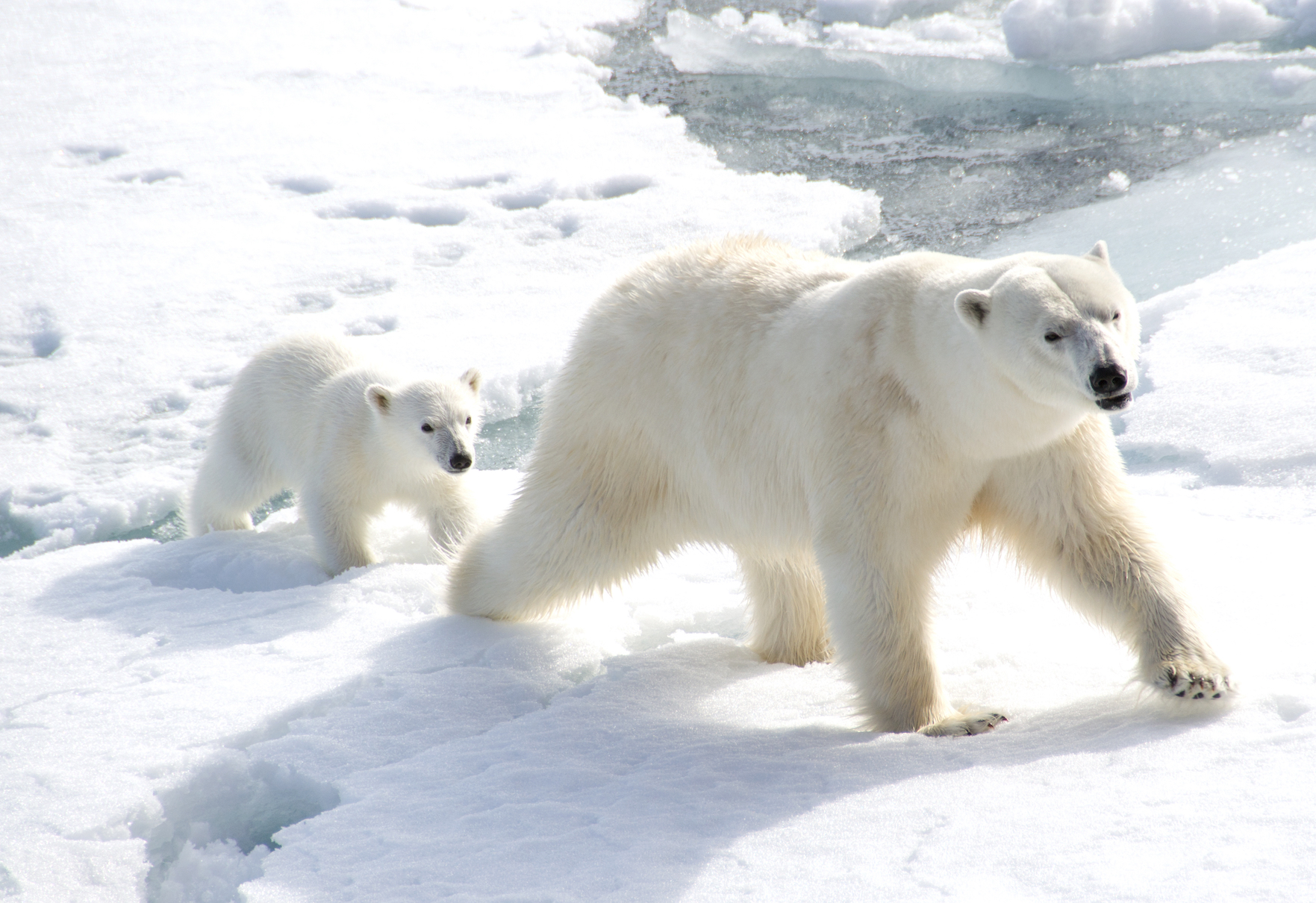 The polar bear stranded on an iceberg has become the synonymous with climate change, so much so that it could be considered the unofficial mascot.

Sea ice in the Arctic is thinning and melting leading to longer warmer seasons. For polar bears, who depend on this ice to travel and hunt, the thinning ice means more time swimming and walking to get food.

Polar bears are getting less and less food as climate change takes its hold which has many researchers concerned because of how much energy polar bears use while hunting.

Research from the 1970s and 1980s suggested that polar bears have to eat more food than other similarly sized animals to stay warm in their environment.

A new study, however, shows that actually polar bears are efficient travelers and consume the same amount of energy as grizzly bears and other large animals when they walk.

The results, published in the Journal of Experimental Biology, will help conservation and management efforts to ensure the survival of polar bears because they can now accurately estimate how much energy polar bears need to stay alive

Researchers from the United States Geological Survey and the University of California, Santa Cruz conducted a study comparing the energy consumption of polar and grizzly bears.

First, the team trained bears to walk on a treadmill in an enclosed chamber. This allowed the researchers to measure how much oxygen the bears consumed while walking which could then be used to calculate energy use.

“Finding foods that the polar bears would be highly motivated to walk for was challenging,” said Terrie Williams, a co-author of the study.

The grizzly bears, on the other hand, had no problem adjusting to the treadmill.

“They just bowled right in; they did not care if the treadmill moved fast or slow, all they cared about were the training treats,” said William.

The researchers found that when walking at speeds up to 4.6 kilometers per hour, both the polar and grizzly bears consumed the same amount of energy, and this wasn’t any more than other large animals.

Polar bears also had similar metabolic rates to other large animals, and when the researchers observed and monitored wild polar bears in Alaska, the bears didn’t move any differently to the captive polar bears used in the study.