Polar Vortex is back and it's going to get ugly • Earth.com 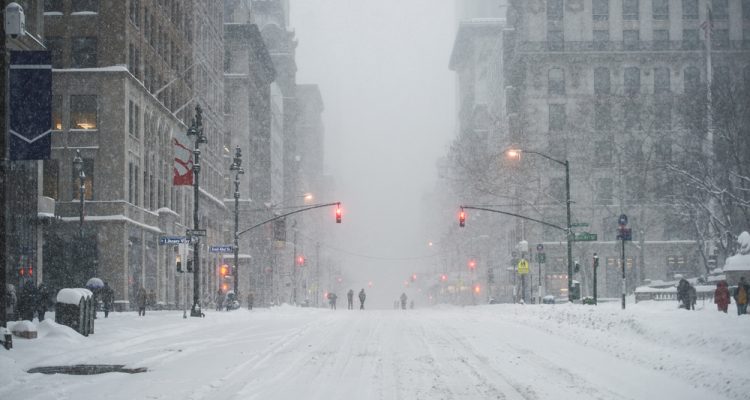 Polar Vortex is back and it's going to get ugly

The Polar Vortex got an early start this year, and those months of warm-up have it ready to lay a freezing smackdown on the the upper Midwest and East Coast in the U.S.

The weekend is expected to bring the first breath of winter to the Northeastern U.S. this weekend, and could close roads by Monday, according to meteorologists with Accuweather.com and WeatherBELL Analytics, two private forecasting firms.

The weather will likely be mild in the beginning of next week, but it won’t last. By Wednesday or Thursday, freezing air will drift south from Canada into the northern Plains and upper Midwest. By next weekend, it will work its way east.

After looking at models of the current Arctic blast gathering above Canada, Ryan Maue of WeatherBELL tweeted that it looked similar to the Polar Vortex of 2014, the first time most Americans were introduced to the weather event. The Northwest might get some cold weather late next week, too, he tweeted.

The Polar Vortex is swirling mass of frigid air that usually stays high in the atmosphere above the North Pole – hence the name.

But in recent years, instability in the Polar Vortex combined with unusual behavior in the jet stream has allowed tentacles of icy air from the vortex to unfurl over parts of North America, Europe and Asia, bringing record freezing temperatures with them.

Some scientists studying the phenomenon think melting sea ice in the Arctic Circle could be playing a role in the unstable vortex, making the freezing air break free for the south more often. However, the National Weather Service points out that the U.S. has suffered cold weather from the vortex in the past, with notable cold in 1977, 1982, 1985, and 1989.

The Arctic blasts this weekend and next week – which Accuweather meteorologists say with bring piles of snow from Chicago north, sleet or rain to the rest of the East Coast, and snow and heavy rain in the Pacific Northwest – are expected to bring single-digit or below-zero temperatures to much of the northern U.S.