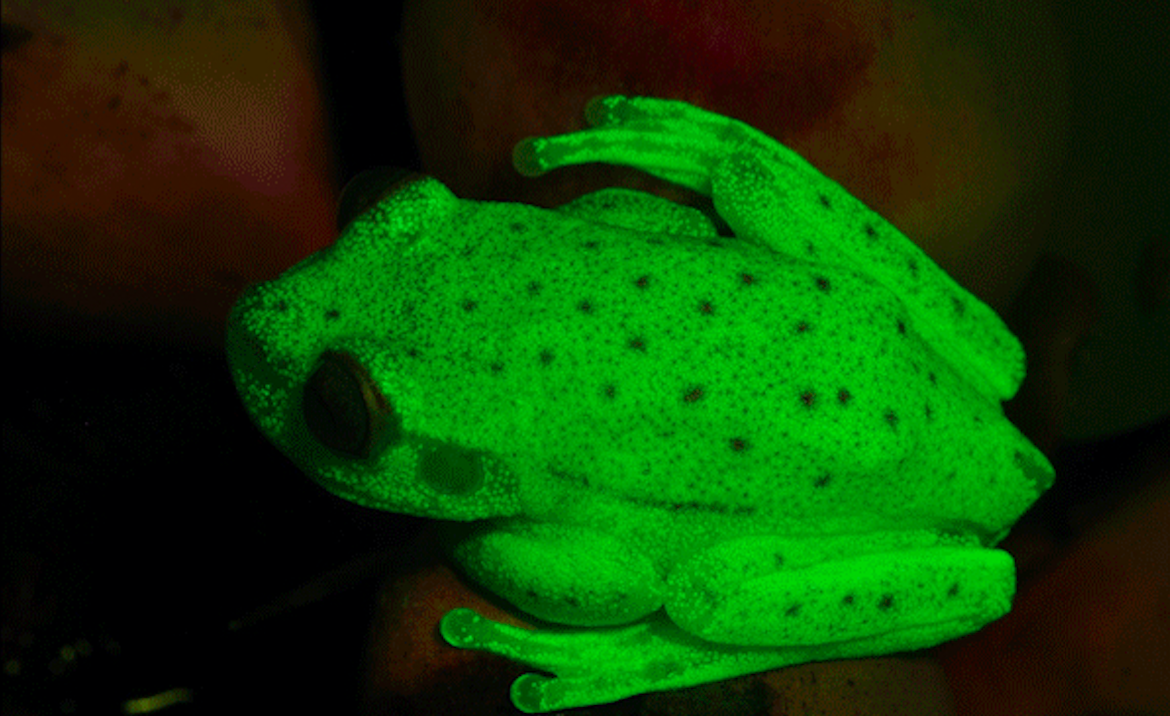 The colorful hidden life of the polka dot tree frog

The polka dot tree frog has a colorful hidden life. When shone under ultraviolet light, this Amazon frog turns a fluorescent green, making it the first fluorescent frog ever discovered. The vivid coloration is quite an upgrade from its normal muddy shade of brown with red spots (hence the name). Under the special lighting, its color brightens some 30 percent.

Scientists made the discovery by accident when they shone their UV lights on the frog to examine its skin pigmentation.

Not only is the unexpected coloration a rarity to the frog world, but it’s the first vertebrate discovered that makes the color change in this way. Some sea animals such as jellyfish can accomplish this, but the few fluorescent land animals use a different approach.

“This is very different from fluorophores found in other vertebrates, which are usually proteins or polyenic chains,” said study co-author Dr. Maria Gabriella Lagoria, a photochemist with the Bernardino Rivadavia Natural Sciences Museum at the University of Buenos Aires.

The way the tree frog makes the color change is with secretions from its lymph and glands.

The researchers said that the hidden life of this otherwise unremarkable frog might mean that other amphibians, especially those with the translucent skin of the polka dot tree frog, might have exhibit similar characteristics under UV lighting. Scientists should carry UV flashlights with them in the field to see if that’s true, one of the researchers suggested.

The finding was reported in the pages of Chemistry World.