Pollen allergies will be intensified by climate change • Earth.com 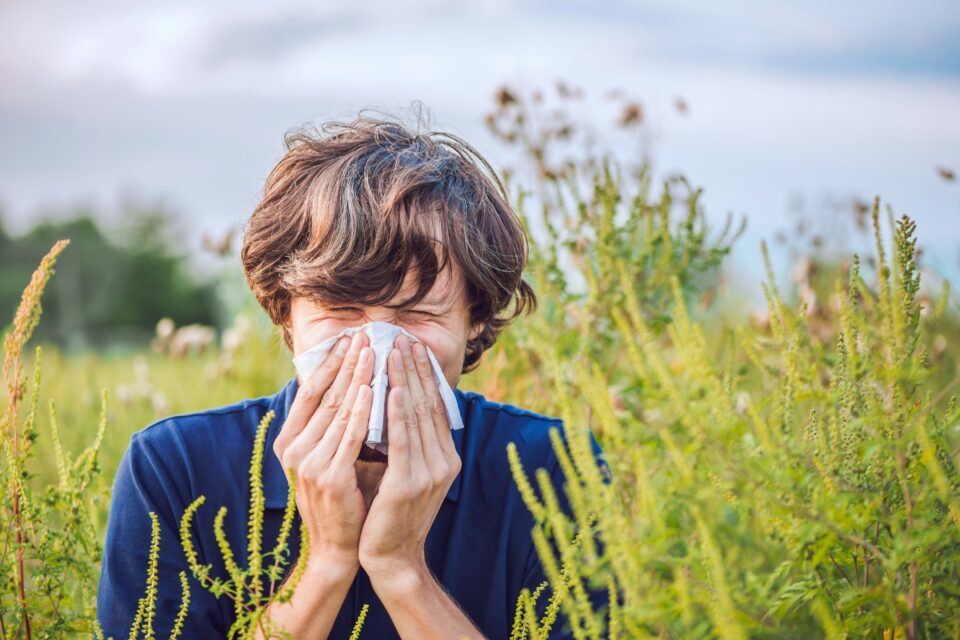 A team of researchers led by the Rutgers Environmental and Occupational Health Sciences Institute has simulated how climate change will affect the distribution of two major allergens – oak and ragweed pollens – across the United States. The analysis revealed that, by 2050, climate change will significantly increase the amount of airborne pollen, with some of the largest surges occurring in regions where pollen has been historically uncommon.

“Pollen is an excellent sentinel for the impacts of climate change because shifts in variables like carbon dioxide and temperature affect the way plants behave,” said study lead author Panos Georgopoulos, a professor of Environmental and Occupational Health and Justice at Rutgers. “At the same time, the production of pollen and pollen’s influence on allergic disease has been increasing due to climate change, and this is one of few studies to forecast this trend into the future.”

Prior efforts to investigate the impact of climate change on pollen indices have been limited by the scarcity of data available, due to the fact that there are only 80 pollen sampling stations in the U.S., operated by various public and private agencies that use different sampling methods. Now, the researchers adapted the Community Multiscale Air Quality modeling system – an open-source tool managed by the U.S. Environmental Protection Agency (EPA) – in order to simulate distributions of allergenic oak and ragweed pollen for historical (2004) and future (2047) climate conditions.

The investigations showed that, even under moderate climate change conditions, the pollen season will start earlier and last longer throughout the U.S., with increasing levels of pollen in most parts of the country. For instance, average concentrations of oak pollen could rise by over 40 percent in the Northeast and Southwest, while mean concentrations of ragweed pollen could climb by more than 20 percent in these areas.

The scientists also identified regions pollen shifts. In areas of Nevada and northern Texas, oak pollen levels could double by 2050, while Virginia and Massachusetts could face a staggering 80 percent increase.

This study was part of a larger, ongoing project led by the Rutgers Ozone Research Center and funded by the EPA and New Jersey to investigate how climate change will impact air quality in the state. “New Jersey’s air quality is going to be adversely impacted by climate change, both in terms of anthropogenic pollution and increased levels of pollen. For people with asthma, exposure to pollen and irritants like ozone increases the odds of respiratory illness. To protect the most vulnerable, we need to understand how these irritants will behave in a warming world,” Georgopoulos concluded.

The study is published in the journal Frontiers in Allergy.