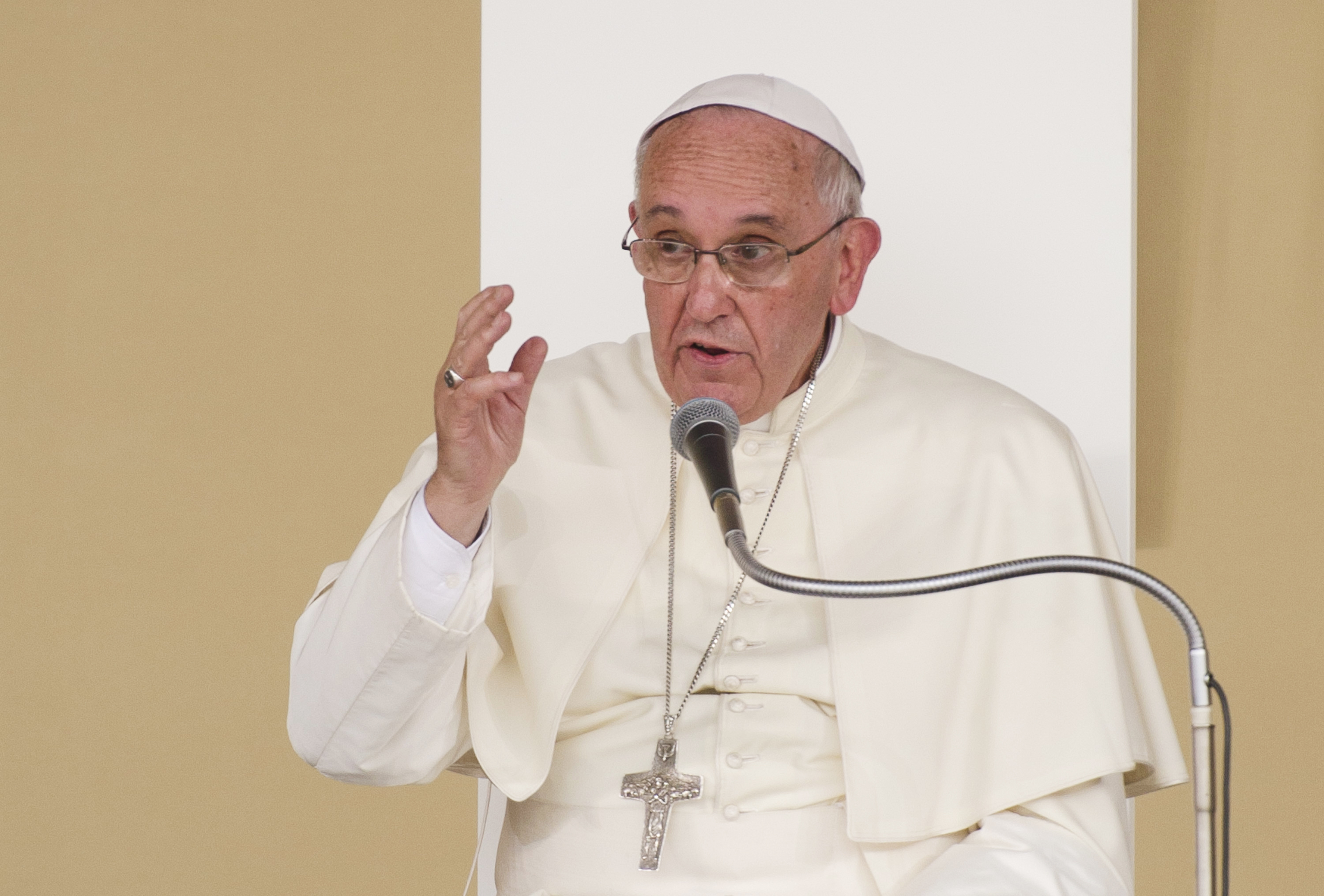 “Civilization requires energy but energy use must not destroy civilization,” Pope Francis said.

The pope called for less dependence on fossil fuels and a transition to renewable energy.

The closed-door conference was organized by the University of Notre Dame and executives from Asset Manager Blackrock, British Petroleum, Equinor, and other oil and energy companies had been invited to attend, The Hill reported.

Pope Francis has made his thoughts on the dangers of climate change very clear, having written a papal encyclical on the impacts of human-caused climate change. An encyclical is a formal letter issued by the pope regarding the church’s stance on a given subject.

The 183-page call to action urged world leaders to do more, and President Trump himself was even given a personal copy of the encyclical when he met with Pope Francis last year.

“There is an urgent need to develop policies so that, in the next few years, the emission of carbon dioxide and other highly polluting gases can be drastically reduced, for example, substituting for fossil fuels and developing sources of renewable energy,” Pope Francis wrote.

During this latest conference, which took place nearly a year after Trump’s decision to pull out of the Paris Accord, Francis spoke to top oil executives about the dangers of climate change.

Francis emphasized the issue of meeting energy demand while still reducing emissions, but he said that it was something that had to be done.

“We know that the challenges facing us are interconnected. If we are to eliminate poverty and hunger … the more than one billion people without electricity today need to gain access to it,” said Pope Francis, according to Reuters. “But that energy should also be clean, by a reduction in the systematic use of fossil fuels,” he added. “Our desire to ensure energy for all must not lead to the undesired effect of a spiral of extreme climate changes due to a catastrophic rise in global temperatures, harsher environments and increased levels of poverty.”