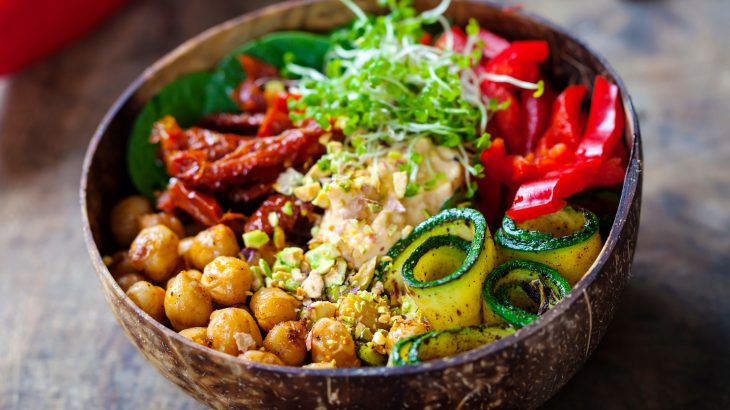 With a predicted 9.8 billion people expected to inhabit the planet by 2050, the world will need to increase food production by 56% compared to 2010. This increase in population and need for food also exacerbates the already existing problem of climate change.

Now, a new report from the United Nations (UN) warns that global populations need to move towards healthy, plant-based diets in order to effectively combat climate change in the coming years.

Currently, our food system is responsible for 25-30% of greenhouse gases. With the predicted population increase, the “Creating a Sustainable Food Future” report suggests that over 2 million square miles of forests – an area twice the size of India –would need to be converted to agriculture to keep up with demand. This would have us going in the opposite direction that we need to go if we’re looking to keep global warming capped at 1.5°C.

In multiple other reports, the UN has proposed that massive areas need to be converted to biofuel crops or CO2-absorbing trees if we’re to meet our strict climate change goals. To halt global warming at 1.5°C, it would apparently take converting almost 3 million square miles to bioenergy with carbon capture and storage (BECCS).

However, the report also warns that doing so could compromise sustainable development and increase risks of food security, desertification, and land degradation.

The Earth’s surface temperature has already risen 1°C above pre-industrial levels, and a report from the IPCC last year stated that globally we need to be carbon neutral within three decades to have even a 50/50 shot of stopping global warming at 1.5°C.

Despite this dire warning, in 2018 there was a record 41.5 billion tons of planet-warming CO2 added to the atmosphere, up 2% from the previous record that was set the year before.

One of the most common suggestions to help abate climate change is to plant massive amounts of trees. But many scientists argue against this one-off approach.

“Heroic reforestation can help, but it is time to stop suggesting there is a ‘nature-based solution’ to ongoing fossil fuel use,” says Myles Allen, a professor of geosystem science at the University of Oxford. “There isn’t.”

So what are the steps we need to take to avoid a climate disaster? According to Andre Laperrière, Executive Director of Global Open Data for Agriculture and Nutrition, there are many.

“Our industrialized farming practices are in fact the largest contribution to soil erosion and pollution, and perhaps the biggest hurdle we face is to try and teach about half a billion farmers globally to re-work their agricultural model to be carbon sensitive,” he explains.

“Other steps we can take would involve changing our collective diets to be environmentally ethical (avoiding mass produced, resource intensive and land pollutant foods such as avocados, palm oil and red meat), protect natural habitats and prevent largescale natural destruction (like in the Amazon rainforest), improve crop varieties and engage in agri-forestry (instead of cutting down forests to farm.”

With all that said, the new UN report does not paint a pretty picture of our imminent future. We currently have a very small window of time to hit a very lofty goal of halting global warming. It will likely take a concentrated effort from populations around the world to ultimately save our planet and our future.