Potato beans could become the next big superfood in the UK • Earth.com 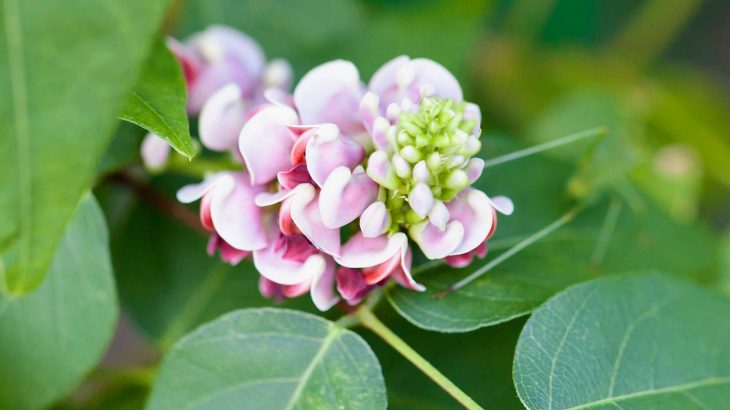 Potato beans have the potential to support healthier, more sustainable diets in the UK, according to a study from the University of Aberdeen Rowett Institute. The American plant contains about three times as much protein as a normal potato, along with fiber, calcium, zinc and potassium.

“We studied the Apios American, or potato bean, as part of our research into novel and sustainable sources of protein and fiber in a bid to find alternatives and to diversify our dietary choices,” said study lead author Dr. Madalina Neacsu.

“The majority of people’s protein intake in the UK currently comes from animal sources, however if we could diversify our recommended dietary intake of protein from plant-based sources, such as the potato bean, this could contribute towards meeting climate targets as well as improving health.”

“The potato bean has shown previously that it can adapt to a wide geographical range and has a high tolerance to a wide range of conditions, so it is able to grow in environments away from America.”

The potato bean, also known as cinnamon vine and American groundnut, is commonly found in Florida, Texas, and Colorado. The wild plant is a perennial vine that bears edible beans and large edible tubers. Previous studies have shown that rats fed potato beans exhibited a decrease in blood pressure, as well as a reduction in cholesterol and triglycerides

The researchers analyzed samples of the potato bean grown in two sites in the northern and southern regions of the UK. The analysis revealed the legume crops could become a valuable component of healthier diets.

“Going forward, there seems to be definite potential in the implementation of new crops and foods being grown here in the UK that could help people maintain a more balanced diet,” said Dr. Robin Walker.

“Further trials are now needed to gain more insight into the best way to grow and utilize Apios on a broader scale, taking into account its perennial growth habit and the potential to use its foliage and seeds as well as the tubers.”

Beyond the potential benefits to human health, high-protein plant alternatives can help reduce the greenhouse gas emissions associated with meat sources of protein.

“The potato bean is one example of the potential of wild plants to diversify our diet and build resilience in agriculture,” said Dr. Max Coleman. “There are an estimated 30,000 edible plants available to us and yet widespread consumption only involves about 150 of them. Just 12 crops provide 80% of our calories, meaning we rely on less than 1% of the food plants available to us. There is considerable exciting work ahead.”

Dr. Neacsu said the potential benefits of the potato bean are promising. “It is a rich source of protein and fiber, representing a good way to boost fiber consumption with can be a struggle for many people.”

“We also found in Apios samples that it contained all the essential amino acids that we need to make proteins in the body. The peel and leaves are also a rich source of the bioactives which are normally found in superfruits such as berries.”

The study is published in the Journal of Food Composition and Analysis.