Pottery was originally developed to be used for fishing • Earth.com 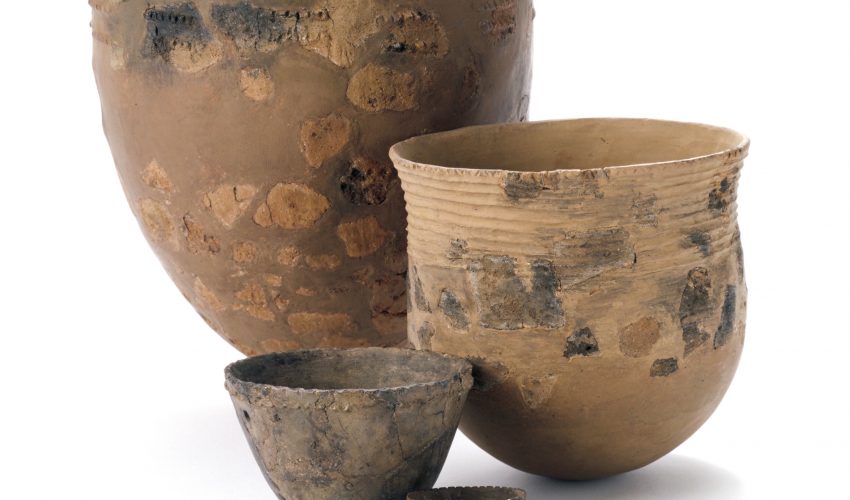 Pottery was originally developed to be used for fishing

The art of pottery is thousands of years old. Functional pottery refers to the use of clay to make vessels for food and water and is thought to date back to 9,000 or 10,000 BC.

A recent study examined some of earliest known pottery remains originating in Japan and discovered that functional ceramics increased as fishing became a central part of daily life towards the end of the last Ice Age.

Researchers from BioArCh at the University of York studied 800 pottery vessels over three years and found that the pots were used to store and process fish ranging from salmon to shellfish.

The ceramic remains date back to the Late Pleistocene when our early ancestors were still living in glacial conditions up to a post-glacial period which saw an influx of pottery production.

Pottery continued to be used for fish even after climate warming, which provided new hunting opportunities leading previous studies to conclude that fishing decreased.

“Our results demonstrate that pottery had a strong association with the processing of fish, irrespective of the ecological setting,” said Oliver Craig, leader of the study. “Contrary to expectations, this association remained stable even after the onset of warming, including in more southerly areas, where expanding forests provided new opportunities for hunting and gathering.”

The researchers conducted a series of chemical analyses on the ceramic remains and were able to identify food compounds and animal fats even though the pots had been buried for thousands of years.

Charred surface deposits from the pottery revealed that the vessels were used to process and store a large range of freshwater and marine organisms.

Until this study, researchers could only guess at the role the pots played in early hunter-gatherer daily life.

“Thanks to the exceptional preservation of traces of animal fat, we now know that pottery changed from a rare and special object to an everyday tool for preparing fish,” said Alex Lucquin, the study’s lead author. “I think that our study not only reveals the subsistence of the ancient Jomon people of Japan but also its resilience to a dramatic change in climate.”

The results shed new light on how our hunter-gatherer ancestors prepared and stored food and show how the role of pottery changed from art to function.

“We suggest this marks a significant change in the role of pottery of hunter-gatherers, corresponding massively increased volume of production, greater variation in forms and sizes and the onset of shellfish exploitation,” said Craig.
—