Why the Prairie Dog is a true underdog • Earth.com 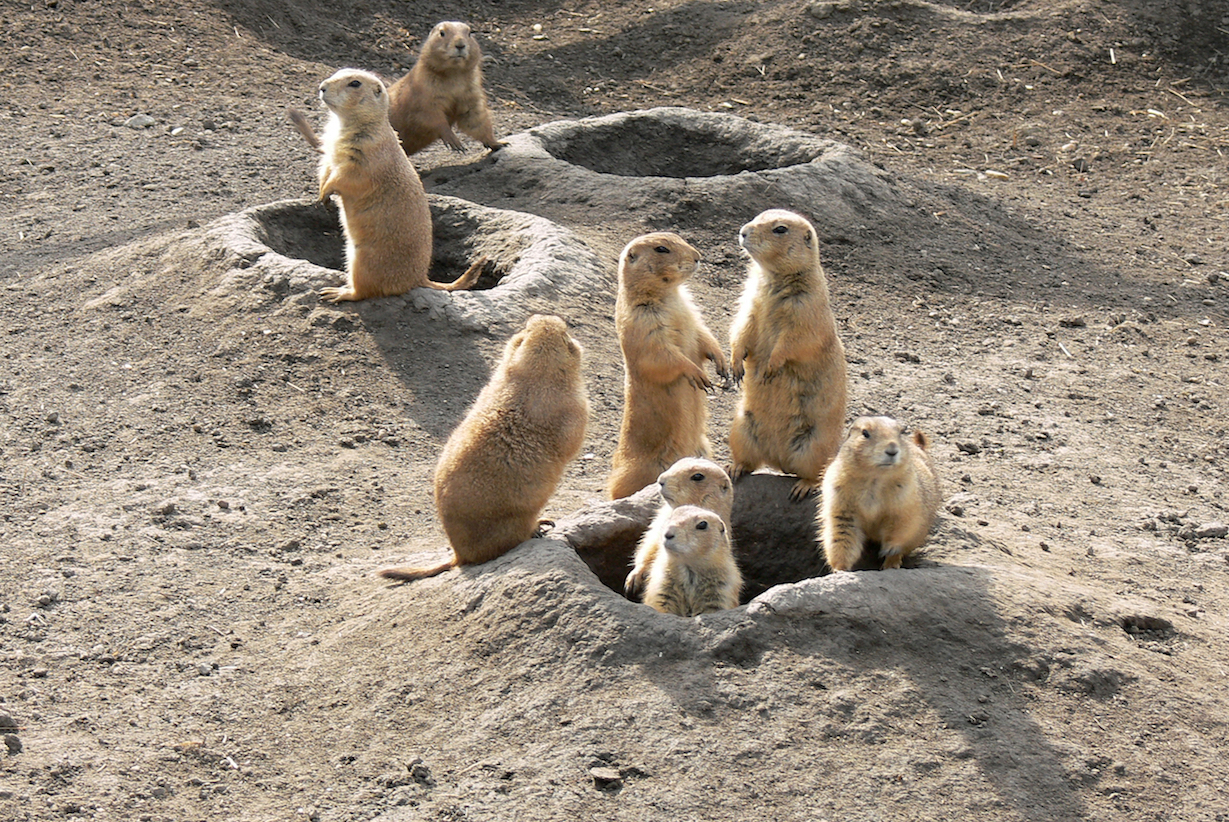 Why the Prairie Dog is a true underdog

Two years ago on my birthday, I was surprised by sighting a Burrowing Owl while on a hike.  The owl goggled at me with comically large eyes, keeping her distance.  I watched as the owl perched on an incredibly thin Yucca stalk, a testament to the light build of birds.  Prairie Dogs were everywhere, screaming their dramatic alarm call at my girlfriend Erin and me as we stopped to watch the owls.

I couldn’t help think this is what so much of the U.S. once looked like: a sea of grass inhabited by an abundance of almost secret, private wildlife.  These ecosystems sustained not only owls and Prairie Dogs but historically wolves, bears, bison, elk, deer, pronghorn antelope.  Snakes take advantage of prairie dog burrows just like the mis-named Burrowing Owls.  Indeed the baby owls make a sound reminiscent of a rattlesnake to discourage unwanted intruders into their subterranean homes.  The animals living on the prairie in turn supported Native American cultures focused on migrating with game animals, living in tipis and covering enormous distances on foot for food and shelter.

The Black Footed Ferret is a common symbol of endangered prairie as well as American wildlife, followed closely by Burrowing Owls in apparent popularity.  Both of these animals depend entirely on the survival of the much maligned Prairie Dog.

Prairie dogs in many states can be shot on sight for no reason and without license.  Growing up in Wyoming and Colorado I’ve heard many people joke casually about massacring entire colonies of the mammal, just for fun.  Apparently some people have such little empathy that plugging away at hundreds of small rodents from a distance with a scope passes as entertainment.

When I think of the senseless slaughter, I am reminded of the hide hunters who nearly wiped out the American Buffalo (Bison bison) but then again, at least hide hunters were making money.  As killing bison devastated the Native Americans, bringing proud people to their knees before a ruthless American government, so killing Prairie Dogs devastates entire ecosystems.  Foxes, coyotes, raptors, owls (as mentioned), other raptors, even grasses all are benefited by the humble Prairie Dog.

The prairie as an environment has failed to capture the cultural imagination like the mountains, the ocean or even the desert yet it is amazing.  I’ve watched as thousands of Sandhill Cranes fly over a prairie river valley.  I’ve howled back at singing coyotes and watched them move silently through the grass.  After a long day at a dinosaur dig, I watched a doe deer moving delicately across the prairie; an embodiment of grace.

As a keystone species of perhaps the most American of ecosystems, prairie dogs should be revered, not treated as target practice.  If we’re serious about protecting the Black Footed Ferret or Burrowing Owls or grasslands or even Bison, we must protect first the Prairie Dog.