Predators in Yellowstone “landscape of fear” may not be so scary • Earth.com 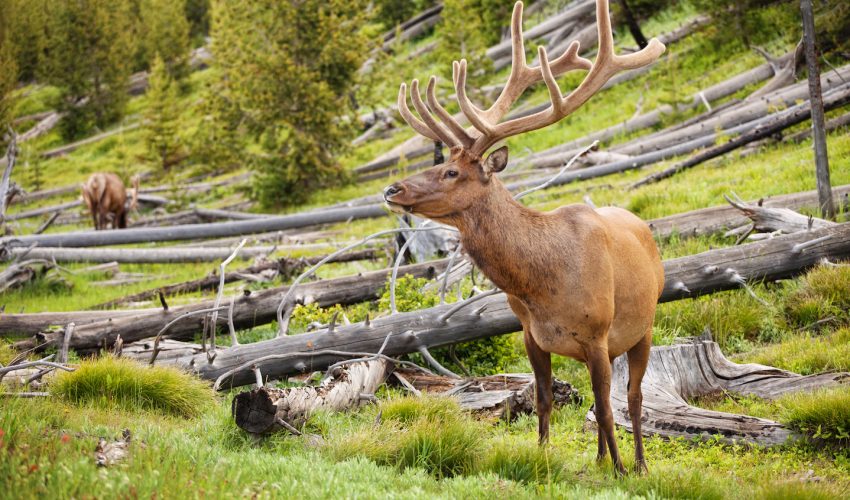 Predators in Yellowstone “landscape of fear” may not be so scary

Yellowstone National Park is a massive area of land spanning almost 3,500 square miles across the U.S. states of Wyoming, Montana, and Idaho. The park is home to crowd-pleasing animals such as bison, bears, and wolves – the latter of which were reintroduced to the park in the mid-1990s. After this reintroduction, some scientists believed that the wolves reestablished a “landscape of fear,” which resulted in elk – the wolf’s main prey – avoiding risky places where wolves hunted. This belief added to the burgeoning idea that predators affect prey populations and ecosystems through not only killing and eating prey, but by scaring them as well.

But new research shows that Yellowstone’s landscape of fear is not nearly as scary as scientists first thought. Utah State University ecologists Michel Kohl and Dan MacNulty report their findings in Ecological Monographs.

“Contrary to popular belief, the wolf is not a round-the-clock threat to elk; it mostly hunts at dawn and dusk, and this allows elk to safely access risky places during nightly lulls in wolf activity,” says Kohl, the lead author of the paper. “Despite their Hollywood portrayal as nighttime prowlers, wolves tend to hunker down at night because their vision is not optimized for nocturnal hunting.”

The study involved assessing data from 27 GPS radio-collared elk that had been collected from 2001 to 2004, after the wolves’ reintroduction. However, the data was never fully analyzed until now. The collars recorded the location of individual elk every 4 to 6 hours. Researchers first equipped wolves with GPS collars in 2004, when little was known about their 24-hour schedule.

“In the days before GPS, when we tracked wolves by sight and with VHF radio-telemetry, we knew they hunted mainly in the morning and evening, but we didn’t know much about what they did at night,” says MacNulty, an associate professor in USU’s Department of Wildland Resources and the USU Ecology Center. “GPS data showed that wolves were about as inactive in the middle of the night as they were in the middle of the day.”

Kohl used the GPS data to analyze the 24-hour wolf schedule, comparing how the elks’ presence in risky places – sites where wolves killed elk – varied between periods of high and low wolf activity. “Elk avoided the riskiest places when wolves were most active, but they had no problem using these same places when wolves were least active,” explains Kohl. “An elk’s perception of a place as dangerous or safe, its landscape of fear, was highly dynamic with ‘peaks’ and ‘valleys’ that alternated across the 24-hr cycle in response to the ups and downs of wolf activity.”

These findings regarding the elks’ usage of risky places during wolf downtimes carries implications for understanding how wolves and elk impact their ecosystem. “Our results can explain why many other studies found no clear-cut effect of wolf predation risk on elk stress levels, body condition, pregnancy, or herbivory,” says MacNulty. “If our results reflect typical elk behavior, then actual killing rather than fear probably drives most, if not all, of the effect of wolves on elk and any cascading effect on the plants that elk eat such as aspen and willow.”

The study’s conclusion is in contrast to both past and current beliefs about the ecological importance of fear in Yellowstone, as well as other ecosystems.

“Although our study is the first to show how a prey animal uses predator downtime to flatten its landscape of fear, I suspect other examples will emerge as more researchers examine the intersection between prey habitat use and predator activity rhythms,” says Kohl.