New way to estimate how fast magma is building under Yellowstone • 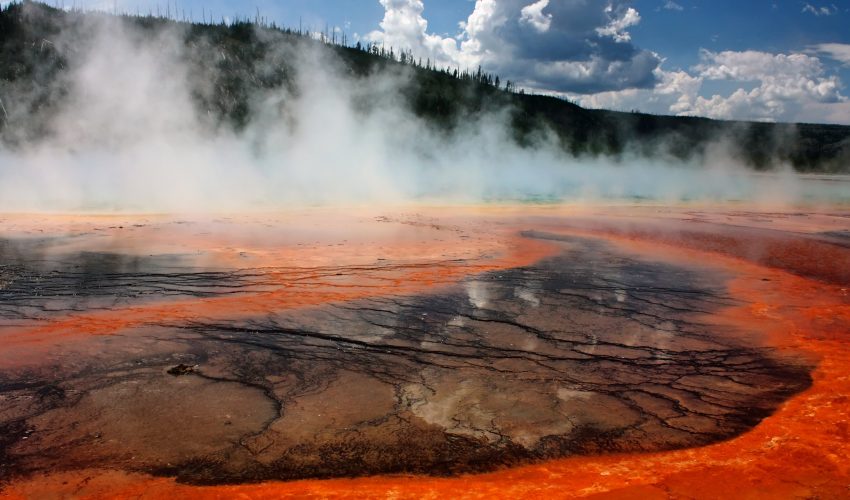 New way to estimate how fast magma is building under Yellowstone

New way to estimate how fast magma is building under Yellowstone.  The Yellowstone supervolcano has been the focus of news stories, conversation, and speculation, as according to several experts, it’s overdue for the next mega-eruption.

The big question then is, when will Yellowstone erupt?

Unfortunately, geologists and volcanologists are not yet able to pinpoint exactly when the volcano will erupt, but a new study has provided a technique for measuring how quickly magma is building up beneath of the supervolcano.

The study was conducted by researchers from Washington State University and helps provide a better foundation for understanding the inner workings of one of the world’s most dangerous volcanoes.

Magma building up in chambers beneath a volcano, a process called recharging, is a key part of an eruption and could lead to accurate predictions for Yellowstone.

“It is the coal in the furnace that’s heating things up,” said Peter Larson, the study’s co-author. “It’s heating up the boiler. The boiler is what explodes. This tells us what is heating the boiler.”

Once Yellowstone’s magma chambers have refilled, an eruption could be imminent so it’s important to understand how quickly the volcano is recharging.

For the study, the researchers focused on rhyolite, the volcanic rock that causes such explosive eruptions.

The rate that rhyolite is being heated from magma plumes below the supervolcano can give researchers a better understanding of how much magma is recharging according to Larsen.

Larsen and his colleagues placed the stable radioactive isotope deuterium into hot springs in Yellowstone that were linked to hydrothermal vents.

The researchers then recorded temperatures of the springs and calculated how much water was leaving the springs.

Much more water than had been previously thought is flowing through Yellowstone’s hot springs as the calculations showed, and the researchers were able to estimate how much magma was involved in the recharging process.

If Yellowstone’s supervolcano erupts, it could cause untold devastation with long-lasting impacts worldwide, which is why so many researchers are working to understand its driving mechanisms  and predict its next potential eruption.