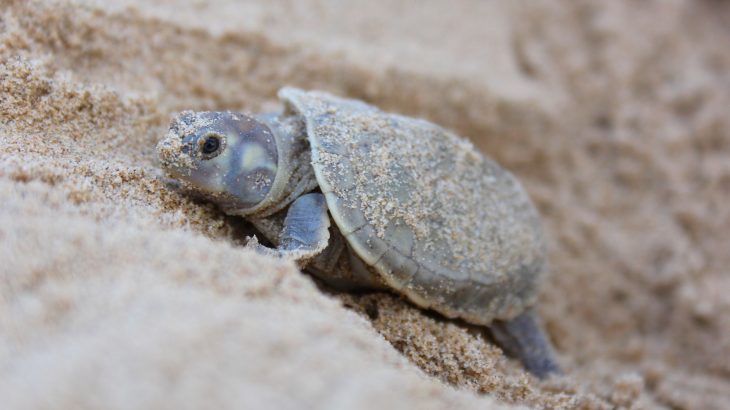 The Giant South American Turtle is one of the world’s largest freshwater turtles, but illegal poaching and habitat loss have taken a toll on populations along the Amazon river.

But according to a new study, there are some river beaches in the Brazilian Amazon where the turtles and a host of other species are making a comeback thanks to local grassroots protection efforts.

Some beaches are guarded round the clock by local volunteers who keep poachers away and make sure that the hatchlings are safe. River turtles flock to the beaches to lay their eggs, and unfortunately, their eggs are highly coveted.

The study was published in the journal Nature Sustainability.

The researchers also surveyed both protected and unprotected beaches along the same area of the river and took stock of turtle nests as well as the abundance of other native species like river dolphins and iguanas.

On the beaches protected by locals, the researchers found that there were nine times more hatchlings compared to 1977, amounting to an annual increase of 70,000 hatchlings.

The researchers found that on unprotected beaches, poachers harvested 99 percent of the eggs from nests that were surveyed.

There were also major increases in biodiversity near the protected beaches, meaning that the turtles were not the only species benefiting from constant monitoring.

The protection program is part of the largest conservation program in the Brazilian Amazon, but it can be dangerous work and offers little reward.

The researchers hope their study highlights the success and importance of local conservation as something that needs to be expanded and financially supported.

“This study clearly demonstrates the effectiveness of empowering local management action by stakeholders who have the largest stake and a 24/7 presence at key conservation sites,” said Carlos Peres, a senior author of the study. “The beaches protected by local communities represent noisy islands of high biodiversity, surrounded by lifeless unprotected beaches, which are invariably empty and silent.”