Experts identify a protein that may be the key to healthy aging • Earth.com 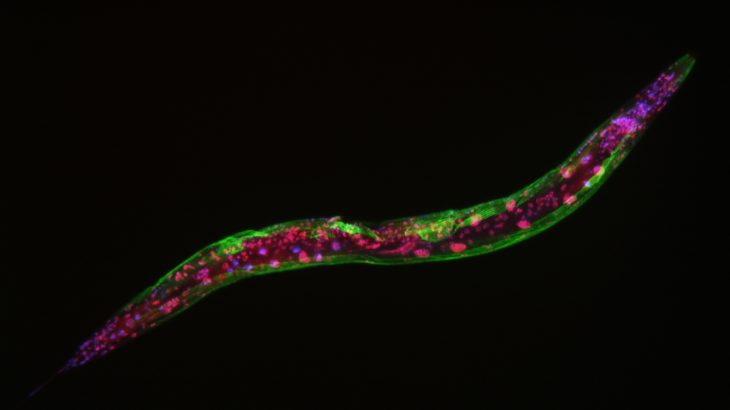 Experts identify a protein that may be the key to healthy aging. In a groundbreaking new study, researchers at the Max Delbrueck Center for Molecular Medicine (MDC) have identified a protein that has a major influence on healthy aging by supporting muscle strength and lifespan.

The experts found that animals lacking the protein LIN-53 have severe muscle defects and limited mobility. A deficiency of LIN-53 was also linked to premature death.

In the Gene Regulation and Cell Fate Decision Lab, a team led by Dr. Baris Tursun investigated the function of LIN-53 in roundworms. The findings may ultimately lead to studies on the human version of the protein.

“Identifying the genetic factors that play a role in linking lifespan and healthspan is key for understanding human health and aging-related diseases such as muscular dystrophy,” said Dr. Tursun.

LIN-53 binds to molecules called histones that are wrapped tightly inside of long DNA strands within the cell nucleus. Histone modifications can turn gene expression levels up or down, ultimately affecting the development, function, and lifespan of an organism.

Because of its interaction with histones, LIN-53 is considered an “epigenetic factor,” which can influence the activation and deactivation of gene expression without changing the underlying DNA sequence.

“Usually when we age, we experience aging symptoms accompanied by muscle loss,” explained Dr. Tursun. “Is this all coincidence or is it linked, and if so, how it is linked? Our paper is one of the first to show an epigenetic link.”

When the researchers knocked out the gene for LIN-53 in Caenorhabditis elegans, this affected the roundworm’s ability to move and shortened its lifespan. LIN-53 affected muscle development through the molecular complex NuRD, yet affected lifespan through a separate complex, Sin3.

According to the experts, the fact that these distinct pathways both involve LIN-53 strongly indicates that the protein is a link between healthspan and lifespan.

“LIN-53 is part of seven different molecular complexes regulating chromatin modification and structure,” said study first author Stefanie Müthel. “I was surprised and excited that we were able to clearly define the complexes important for healthspan and lifespan.”

“We all want to age in a healthy manner,” said Dr. Tursun. “Once we understand the links between aging and all the accompanying detrimental effects, then we can begin to think about how to unlink them.”

The study is published in the journal Aging Cell.