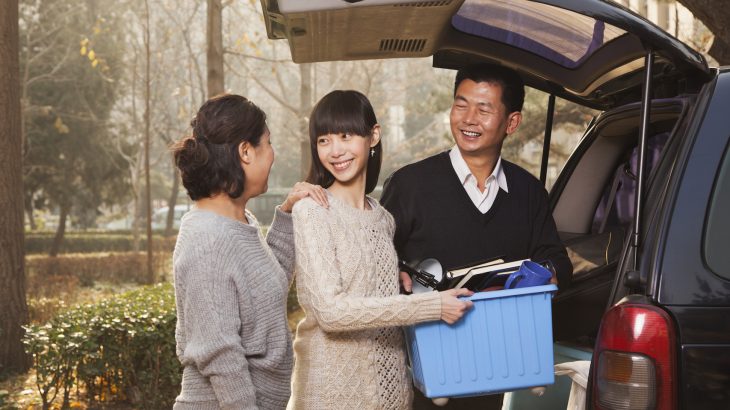 The transition from living at home to going away to college can be a difficult challenge for many students to overcome. Researchers have found that even though 18 is an age that corresponds with many adult milestones such as college, voting, and legally being able to live independently of one’s parents, mentally we don’t fully reach adulthood until our 30s.

In addition, many mental illnesses like depression and bipolar disorder are more likely to manifest during a person’s 20s, and college is an especially vulnerable time with many new pressures and expectations.

Now, a new study has revealed how psychological support at home can go a long way in making the college transition easier for students.

Researchers from the University of Missouri examined how parental relationships impacted millennials and found that students who felt like their psychological needs were met and who had a strong sense of autonomy were better able to adjust and thrive to the college environment.

The results, published in the Journal of Social Psychology, also show that millennials who feel like their parents are overbearing or controlling have a harder time adjusting, feel less supported and cared for, and worry more.

“Millennial college students are experiencing poorer psychological health than any other previous generation,” said Nathaniel Greene, the leader of the study. “An early indication of student’s well-being is their initial worry about college, but understanding what factors might mitigate worry prior to millennials’ transition into college is limited in current research.”

For this study, the researchers surveyed 335 students during college orientation in the summer before freshman year. Information on the students, including demographics, history of family education, basic need satisfaction, and how worried each student was at the prospect of going to college, was collected and analyzed for the research.

After analyzing the survey data, the researchers found that students who felt like their parents supported their needs were less worried.

It was autonomy that was the biggest predictor of worry in the students, and if a student felt in control and had a strong sense of independence, they reported far less apprehension compared to students who didn’t feel in control.

“Parents, peers, and educators should support millennial students’ basic needs for autonomy, competence and relatedness both before and after the transition to college, as they are essential to their overall psychological health,” said Greene.