Children who reach puberty later may be more at risk of bone fractures • Earth.com 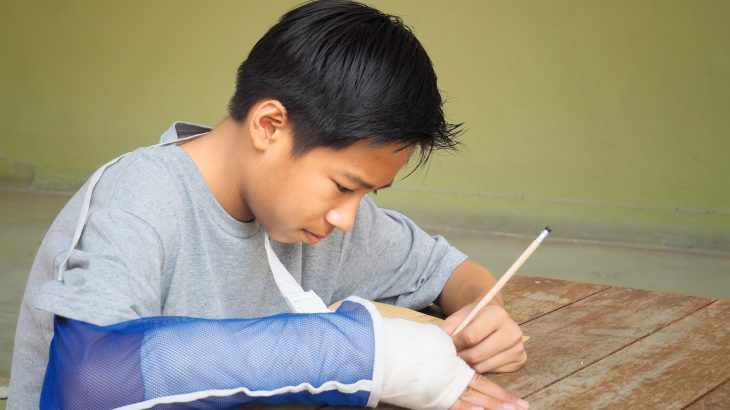 Teens who hit puberty later than their peers may have a higher risk of fracturing a bone or developing osteoporosis, according to a new study.

Researchers from the University of Bristol conducted the research which was published in the journal JAMA Network Open.

The researchers analyzed bone scans from the Bristol Children’s of the 90’s Study that were taken between the ages of 10 and 25.

Scans from 6,389 children that were part of the study were included in the research.

More than 14,000 pregnant women enrolled in the Children of the 90’s Study between 1991 and 1992. Since that time, researchers have been following up on both the health and development of the women, their children, and their grandchildren.

Having such a detailed record of development over the years allowed the researchers to examine how puberty timing impacts bone density over a long period. Bone mass at the end of puberty when growth spurts cease is an indicator of fracture and osteoporosis risk.

Teens who reached puberty later had lower than average bone density compared to other children in the study who had had their pubertal growth spurt earlier.

“Our research adds to the evidence that children who mature later may be at increased risk of fractures as they grow,” said Dr. Ahmed Elhakeem, the lead author of the study. “They may also have an increased risk of the fragile bone condition osteoporosis in later life.”

The individuals in the study are only in their 20s, and so further research following up on these initial findings could show how puberty timing impacts fracture risk and bone density in middle age.

“The next steps should involve more detailed assessments of the long-term effects of puberty on growth and bone development,” said Elhakeem.

The research helps show how bone density changes from puberty into adulthood, according to Alison Doyle, the Head of Operations and Clinical Practice at the Royal Osteoporosis Society, who was not an author of the study.

“Understanding changes in bone density during puberty, and the interventions that people can take for their bone health now to prevent osteoporosis and fractures in the future, is an important step forward in finding a cure for this disease,” said Doyle.

The research was published in the journal JAMA.