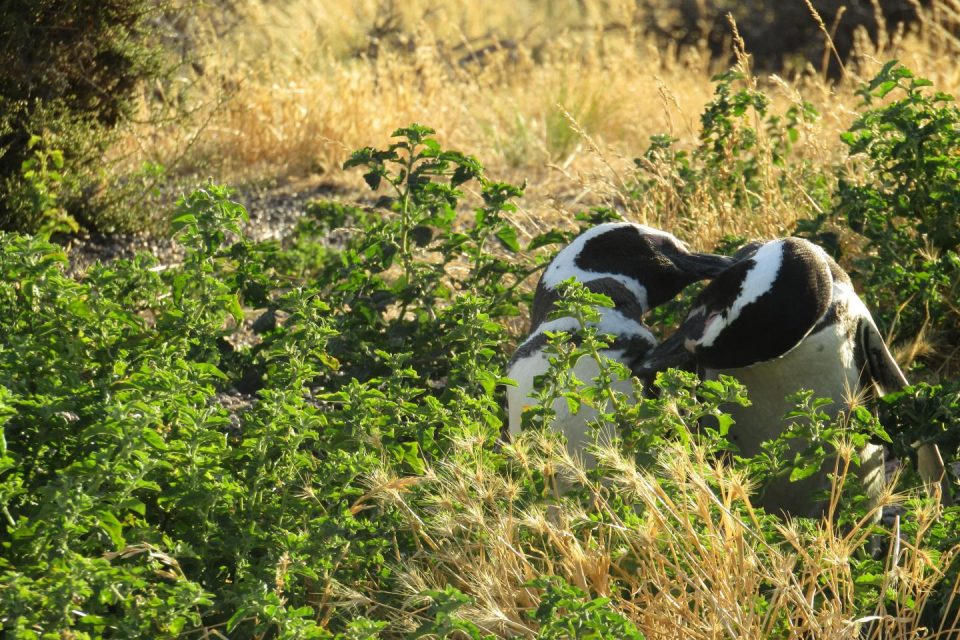 For some Magellanic penguins in Argentina, loneliness is their lot in life. That’s because male penguins outnumber females nearly three to one at the breeding colony at Punta Tombo.

It wasn’t always that way.

“Two decades ago, there were about 1.5 adult male Magellanic penguins for every adult female at Punta Tombo,” said Dr. Natasha Gownaris, a postdoctoral researcher at the University of Washington who was lead author of the study.

While studying the Magellanic penguins at the breeding colony, Gownaris and Dr. P. Dee Boersma found that more female juvenile penguins die while out at sea than their male counterparts.

Magellanic penguins spend most of their lives out at sea, swimming off the coast of Brazil, Uruguay and Argentina throughout the fall and winter months and into early spring. In the summer, they congregate at breeding colonies like Punta Tombo, where they pair off and nurture their chicks.

The pairs’ findings show that juvenile females may face more risk from predators and diminishing food supplies than their male counterparts. That skews the balance between the sexes, and that in turn affects the penguin population as a whole at Punta Tombo, the largest of the breeding colonies.

“Magellanic penguins are serially monogamous – with one male pairing with one female each breeding season – and both parents working together to rear the chicks. So, having fewer females means you have fewer pairings each year overall,” Gownaris said.

From 1983 to 2010, Boersma and fellow researchers banded more than 44,300 Magellanic penguin chicks at Punta Tombo. Only 3,296 of those chicks returned to the breeding colony. Researchers were able to determine the sex of 57 percent of those.

“From a conservation standpoint, this study shows us how important it is to try to protect the places where these penguins feed throughout the year, both in the breeding season and the non-breeding season,” said Gownaris. “It all comes down to food for this species.”

Magellanic penguins aren’t the only penguin species struggling with food competition and survival. King penguins have declined in recent years due to climate-linked food shortages.

The study has been published in the journal Ecological Applications. Funding was provided by the Wildlife Conservation Society, ExxonMobil Foundation, Pew Fellows Program in Marine Conservation, Disney Conservation Fund, National Geographic Society, the Chase Foundation and the Cunningham Foundation.