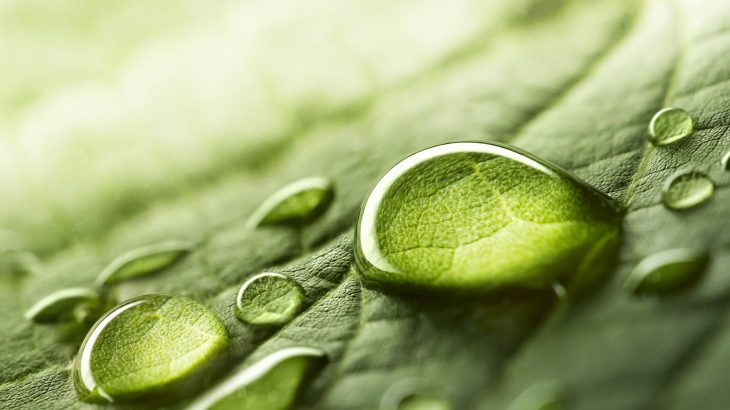 For many drought-prone arid regions of the world, rain is a welcome relief that helps replenish watersheds and nourish crops. However, the same rain that helps plants survive can also spread plant diseases through the impact of raindrops.

For the first time, the spread of pathogens after a raindrop hits an infected plant has been observed using a high-speed video camera.

Researchers from the Schmale Lab at Virginia Tech and Jung Lab at Cornell University recorded rain splashing on leaves of wheat plants infected with rust fungus. The team found that the impact creates a kind of microscopic tornado that sends spores into the air where they can be carried over long distances.

Rainfall can spread diseases and devastate entire crop yields. But this new study, published in the journal Proceedings of the National Academy of Sciences (PNAS), could help create preventive measures to stop spores from spreading when it rains.

“Previous studies only focused on wet-dispersed spores following raindrop impact,” said David G. Schmale III, a co-author of the study. “We are the first to demonstrate tornado-like air vortices that result from raindrop impact. These microscopic tornadoes may help transport plant pathogens over long distances.”

To better understand the physics of spore dispersal after the impact of a raindrop, the researchers used high-speed cameras to capture and slow down images of the aftermath of a raindrop splashing onto a wheat plant infected with rust fungus.

The researchers saw the raindrop created a mini-vortex of swirling spores that carried the plant pathogens onto air currents.

“Our lab specializes in high-speed imaging and fluid mechanics,” said Sunghwan Jung, an author of the study. “We used a high-speed video camera to visualize rust spores being liberated from an infected wheat leaf. We observed thousands of spores being transported in air vortices following raindrop impact. That was quite surprising.”

The study provides insight into spore dispersal following a period of rain, which could help farmers better manage their crops and reduce the spread of disease.