The secret weapon plants use to battle deadly fungus • Earth.com 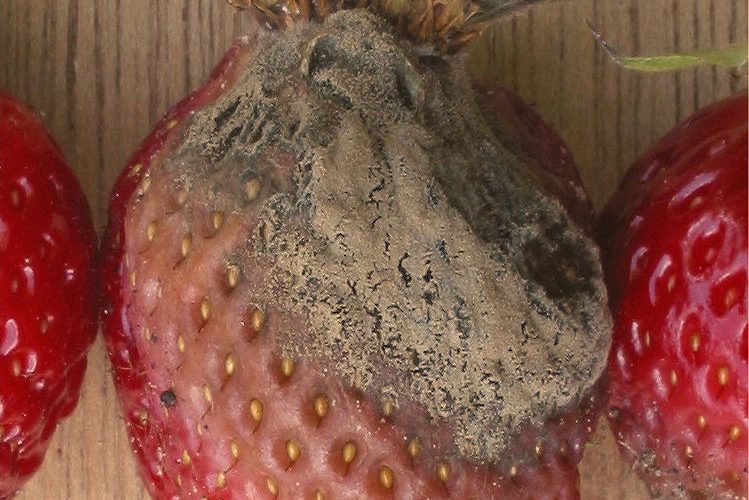 The secret weapon plants use to battle deadly fungus

Plants can fight back against pathogens that cause disease like a fungus that takes over a fruit or vegetable with gray mold disease.

The way that plants ward off unwanted pathogens is a subject of much interest to researchers as it could help ensure food security.

Both plants and the pathogens that infect them use molecules called small RNAs which are important for invasion and defense.

This process of using RNAs as a defense mechanism is called cross-kingdom RNA interference. Small RNAs can interfere with gene expression and this can work in the favor of the plant when the pathogen takes in small RNAs that inhibit its ability to infect.

A new study conducted by researchers from the University of California, Riverside shows how these RNAs are packaged and delivered from the plant to the pathogen, something that previously had been a mystery.

The results were published in the journal Science.

Hailing Jin, a professor of microbiology and plant pathology at the University of California, Riverside led the study.

The researchers focused on the fungus Botrytis cinerea in order to determine how small RNAs moved across the cellular boundaries between host and pathogen.

After studying infected plants, the researchers found that after being infected with Botrytis cinerea, plant cells package small RNAs inside sacs called exosomes which are delivered from the cells to the site of infection.

The fungus takes in the exosomes and the RNAs stops the disease by inhibiting the expression of certain fungal genes. The researchers call these exosomes “battling bubbles” because of their round shape and effective use as a defense mechanism.

Jin has been working with RNAs,  plant immunity, and disease in an effort to develop effective and eco-friendly ways to control plant diseases that will aid in ensuring food production security.

“The discovery of the role of exosomes in cross-kingdom RNA interference will help us develop effective delivery methods to target plant pathogens with artificial sRNAs, with the goal of controlling plant diseases in crops,”  said Jin.