More rainfall due to climate change may cause widespread road outages • Earth.com 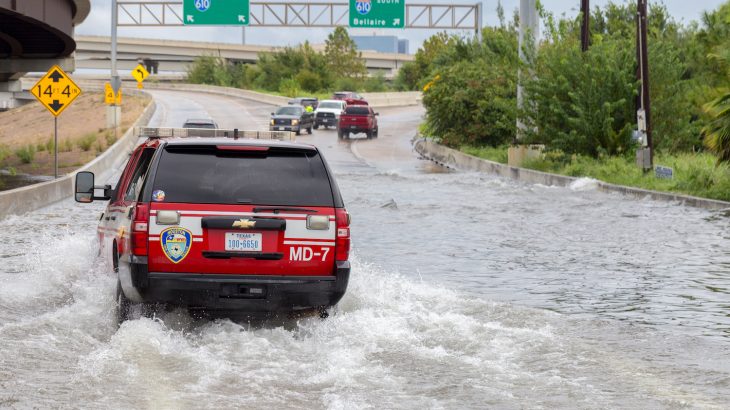 More rainfall due to climate change may cause widespread road outages

Researchers from Rensselaer Polytechnic Institute used a new computer model to show how increased rainfall caused by climate change could cause global massive disruptions to roadways.

Combining data on road networks with topography, the researchers were able to see “tipping points” at which even small localized increases in rainfall could affect roadways.

“To prepare for climate change, we have to know where flooding leads to the biggest disruptions in transportation routes,” said lead author and network scientist Jianxi Gao, an assistant professor of computer science at Rensselaer Polytechnic Institute. “Network science typically points to the biggest interactions, or the most heavily traveled routes. That’s not what we see here. A little bit of flood-induced damage can cause abrupt widespread failures.”

For example, Gao found that an increase of 5 mm of rainfall in Florida knocked out 50% of the road network, and that same amount of rainfall increase in the Hunan province of China knocked out 42% of the local network. To check the accuracy of their model, Gao and his team compared their predictions for road outages in southeast Texas and Houston during Hurricane Harvey to the actual outage report.

“We cracked the data,” Gao said. “Hurricane Harvey caused some of the most extensive road outages in U.S. history, and our model predicted that damage. Adding 3D information causes more unusual failure patterns than we expected, but now we have developed the mathematical equations to predict those patterns.”

Their findings are published in Nature Communications.