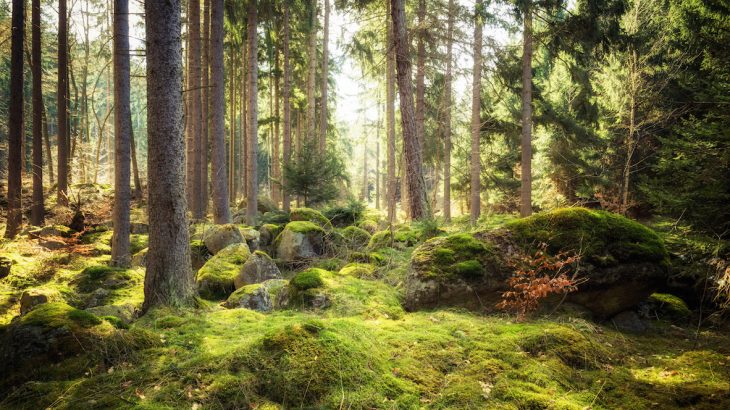 Researchers have made an astonishing discovery in the soil at the Harvard Forest in Petersham, Massachusetts. The team found giant viruses that were up to hundreds of times larger than other viruses.

Viruses are typically thought to be tiny infectious agents that are smaller than bacteria and human cells. But now, researchers including biologist Jeff Blanchard and Ph.D. student Lauren Alteio at the University of Massachusetts Amherst are reporting otherwise.

“We were not looking for giant viruses,” said Blanchard. “Our goal was to isolate bacteria directly from the environment to understand how microbial communities are changing in response to soil warming.”

According to Blanchard, the work involved suspending microbial cells from the soil in a mild detergent solution, adding a non-toxic DNA-binding dye, and then using fluorescence-activated cell sorting (FACS) to isolate individual cells. He explained that giant viruses, which have extremely large genomes, are captured by this method because of their similarity in size to bacteria.

Tanja Woyke is a senior scientist at the U.S. Department of Energy’s (DOE) Joint Genome Institute (JGI) who also collaborated in the study. Woyke suggested that the team use mini-metagenomics, a new strategy which places cells into small pools before genome sequencing.

As a result of this approach, the researchers acquired DNA sequences from over 2,000 individual cells and particles. They discovered 16 new giant viruses within the pools, which Blanchard said was “a wonderful surprise and very exciting new science.”

Frederik Schulz, a bioinformatics expert at JGI and co-first author of the study, said: “The fact that we found all these giant virus genomes in soil was especially intriguing, as most of the previously described giant viruses were discovered in aquatic habitats. The metagenomic data generated here from a single sampling site contained far more new giant virus genomes than any other data set I have seen to date.”

Schulz added: “We recovered 16 distinct giant virus genomes in this study, but we are merely scratching the surface. If we sample more at the same site this number would easily double, triple or even quadruple.”

The giant virus discovery is part of a series of soil-warming experiments that have been carried out for many years at the research forest, which is located about 28 miles northeast of the UMass Amherst campus.

“Not only did we just discover many new giant viruses, but we did it using a thimbleful of soil,” said Blanchard. “It would be nice to characterize these viruses one at a time, there’s a lot of skill and art in that. But it would be a years-long project. Finding 16 at once is kind of overwhelming, and none of them are the same. If you think of all the soil in the world, if there are 10,000 species of bacteria in a gram of soil, about a teaspoon, imagine how many new giant viruses are out there.”