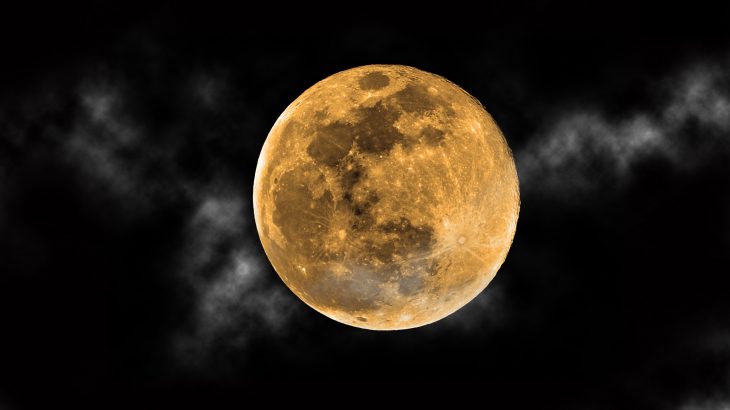 This Friday night and early into Saturday morning, a full harvest moon will light up the night sky.

Known by many names including the Barley Moon, the Fruit Moon, the Corn Moon, the Mid-Autumn Festival Moon, and the Chuseok Moon, this month’s full moon corresponds with the autumnal equinox and the end of summer, according to the National Aeronautics and Space Administration (NASA).

The harvest moon marks the start of several autumn harvest festivals worldwide including Chuseok, which is celebrated North and South Korea, and the Mid-Autumn Festival celebrated in China, Vietnam, and several other Asian countries.

Around 25 minutes after the sun sets, the harvest moon will rise and appear full in the sky early Saturday morning. Because the harvest moon rises earlier than other full moons, there’s more light in the evening and more light to harvest for farmers.

The moon will appear full in the sky through Sunday.

During this time the moon is positioned at a shallow angle with the eastern horizon, according to the Farmers Almanac. During the spring or vernal equinox, the angle is steeper, which is why the spring equinox marks the start of longer days and shorter nights.

With fall, the harvest marks the start of longer nights and shorter days.

This year’s harvest moon won’t pack its usual punch because the moon’s orbit is at a point farthest from the Earth, meaning that while it will still be a full moon, it will appear around 14 percent smaller than an average full moon.

Because the moon will seem smaller, it’s being called a “micromoon.”

If you’re superstitious, Friday’s full moon falling on the notorious date of Friday the 13th could signal lousy luck and bad omens, but the event is actually incredibly rare, and lunar fans can count their lucky stars when they see it.