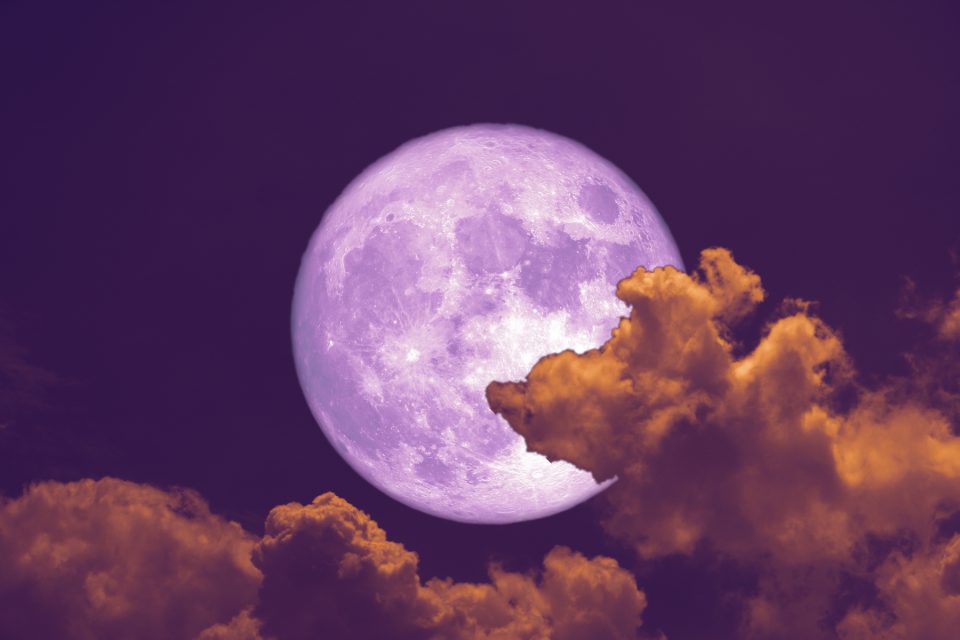 2019’s string of supermoons is drawing to a close tonight with March’s full Worm Moon, which will be the third and final supermoon of the year.

On the evening of Wednesday March 20, coinciding with the Spring Equinox, lucky stargazers may catch a glimpse of the full moon which will be brighter and fuller than usual due the location of the relative positions of Earth and the Moon in proximity to each other and the Sun.

When the moon is closest to the Earth and full, we get a supermoon.

2019 started with a bang with the Super Blood Moon and a total lunar eclipse bathed the super moon in coppery orange.

February had a Super Snow Moon, the fullest and brightest of all three of the year’s supermoons.

This month, the third consecutive supermoon will be a Super Worm Equinox Moon because of where the full moon falls in relation to the first day of spring.

The name Worm Moon is rooted in ancient traditions of using lunar cycles to track the changing seasons, and full moons were given names based on features associated with the seasons, according to Date and Time.

The emergence of earthworms in the soil as the snow melts and winter comes to a close is why this month’s moon is a called a Worm Moon.

Other names for March’s full moon include a Crust Moon due to the crusty frozen snow caused by spring thaws, and a Sugar Moon because this is when maple trees are tapped for sap to make syrup.

The best time to look skyward will be at at 9:43 p.m. EST, as this will be when the moon will appear 14 percent larger and 12 percent brighter than it does on most nights, according to National Geographic.