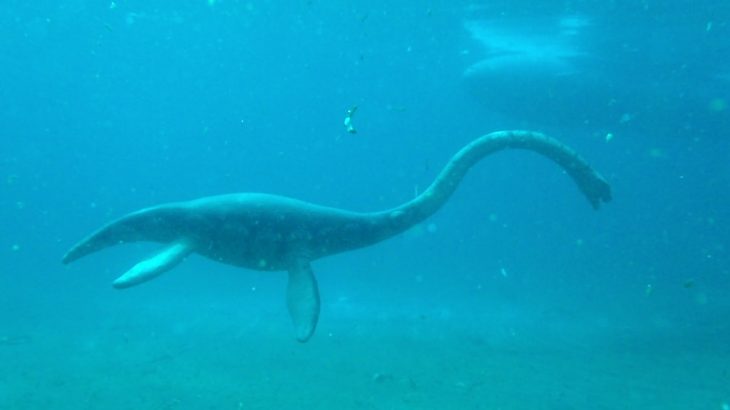 You don’t have to go too far back in sailing lore to find mention of all manner of sea monsters waiting in the deep to prey upon those daring enough to brave the open ocean.

While most of these monsters are only found in the pages of fiction, the ocean has housed some of the most mysterious and giant marine animals ever to swim, walk, or crawl on Earth.

For proof, look no further than the elasmosaur, one of the largest Plesiosaurs of the Cretaceous period. The elasmosaur was a giant marine reptile with a long giraffe-like neck and four flippers that were quite at home in the chilly waters around the Antarctic.

In a remarkable discovery that took years of painstaking excavation, researchers have finally uncovered one of the largest and heaviest known elasmosaurs, first found on Seymour Island in 1989.

The discovery was initially made by William Zinsmeister from Purdue University who happened upon the fossil remains near the Antarctic Peninsula, but lacking funds he was unable to dig further.

The Argentine Antarctic Institute took up the dig, but the harsh weather conditions and remote location made excavations challenging.

Researchers finally unearthed the elasmosaurid in its entirety in 2017, and it’s the most complete reptile fossil ever found in Antarctica, according to National Geographic.

“For years it was a mystery … we didn’t know if they were elasmosaurs or not,” José O’Gorman, a paleontologist with the National Scientific and Technical Research Council of Argentina told National Geographic. “They were some kind of weird plesiosaurs that nobody knew.”

Weighing a massive 15 tons during its lifetime, the specimen is the heaviest elasmosaur yet discovered, but researchers are most intrigued by the ancient reptile’s age.

The 70 million-year-old fossil dates back to the end of the Cretaceous period proving that elasmosaurs were thriving 30,000 years before the mass extinction of the dinosaurs.

The full discovery was detailed in the journal Cretaceous Research.