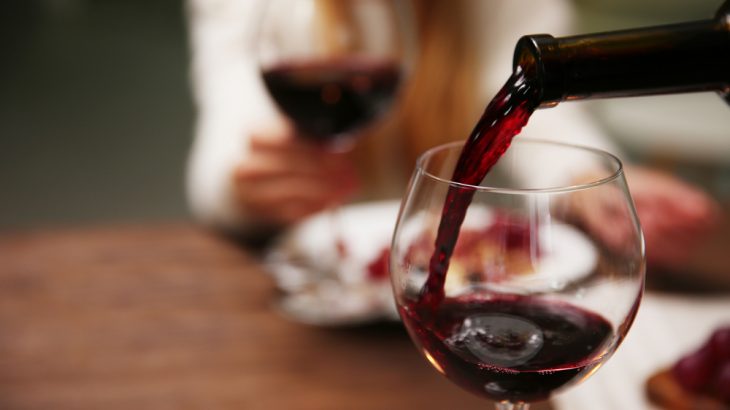 Red wine may play a role in lung cancer prevention – but not if all you do is drink it.

The chemical compound resveratrol, which is found in grapes, may help protect against lung cancer by reducing cancer-causing cells in the body.

In a new study conducted by scientists at the University of Geneva, the compound reduced cancerous cells in mice and even aided in lung cancer prevention.

But the mice didn’t drink it. Instead, they inhaled it nasally.

The Swiss scientists exposed mice to a cancer-causing chemical in cigarette smoke, then split the mice who developed lung cancer into two groups. One group was given the red wine compound resveratrol for 26 weeks, while the other received no treatment. The scientists also treated mice who had not yet developed tumors with the compound.

Of the mice who had lung cancer at the start of the study, the ones treated with the resveratrol saw their cancerous cells reduced by 45 percent. They had fewer and smaller tumors than the untreated group.

The red wine compound also helped with cancer prevention. In the group of mice that had been exposed to the cigarette chemical and not received any treatment with resveratrol, 87.5 percent went on to develop lung cancer. Only 37 percent of the mice “pre-treated” with the compound went on to develop cancer.

But taken orally, the compound broke down before reaching the lungs.

“This is why our challenge was to find a formulation in which resveratrol could be solubilised in large quantities, even though it is poorly soluble in water, in order to allow nasal administration,” lead author Aymeric Monteillier told the Daily Mail. “This formulation, applicable to humans, allows the compound to reach the lungs.”

The scientists believe that the compound may trigger a process called apoptosis – a sort of “suicide” trigger in cancer cells.

Because resveratrol is already found in red wine and other foods, safety studies aren’t needed before it could be approved for cancer prevention, the scientists said.

The team is now working to develop a test that would help determine if patients are eligible for the preventative treatment.