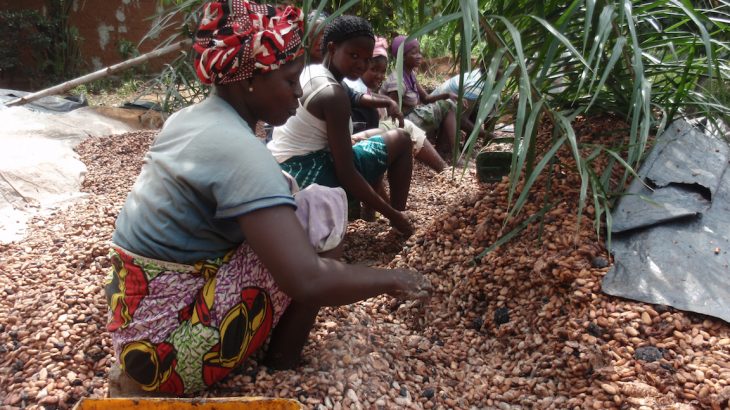 Consumers have proven that they are willing to pay more for better goods, whether it’s fair trade coffee, non-GMO canned items, or organic produce. Whole Foods created a 13 billion dollar empire on the promise of providing natural food items not available at regular grocery stores.

Now, a new study has found that increasing the cost of cocoa could help eliminate child labor from cocoa farms in Ghana, but it would fall on the consumer to pay the premiums.

The study was conducted by researchers from the University of Arkansas and Kansas State University, and published in the journal PLOS ONE.

Even though child labor is illegal in Ghana, these laws are rarely enforced. For many small-plot farms, families need their children to work in order to make enough money to get by.

In 2015, a little less than 40 percent of children employed in the cocoa-sector were involved in hazardous work, and children often forgo schooling in order to work.

The researchers used data from a review of agricultural policy in Ghana to develop a new economic model that calculates the cost increases that would reduce or eliminate child labor from cocoa farms.

The model works under the assumption that an increase in cocoa would provide enough compensation for families without added child labor.

An increase of 2.8 percent in cocoa would eliminate the very worst forms of child labor the model showed, but eliminating child labor altogether would require a 46.96 percent increase.

An 11.81 percent increase would reduce child labor and eliminate the very worst of it, and the researchers say that the Cocoa Marketing Board in Ghana should promote a similar kind of compensation for cocao farms.

The researchers did not look into if the price increases would be received favorably by consumers.