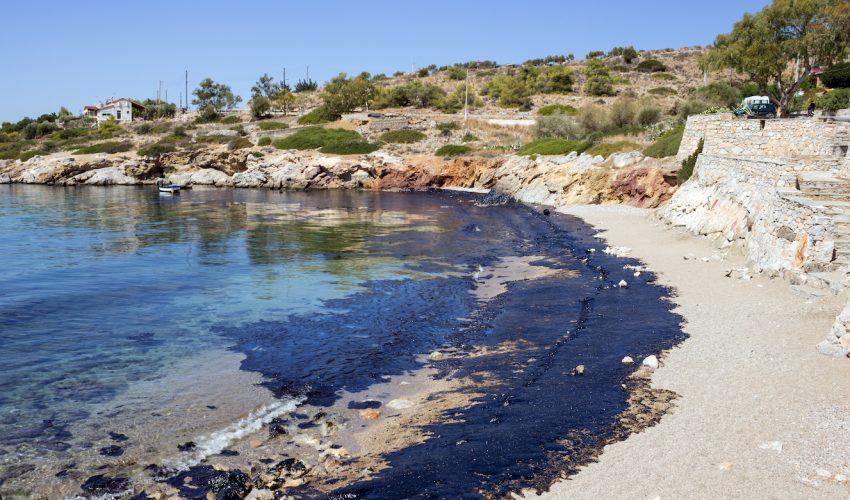 Reducing Earth to a price tag: How economics devalues nature

BBC reported on October 24, 2010 that there was finally a price tag on the loss of natural resources in the world.  A second article by BBC continues the discussion about the value of nature, stating,

“The natural world supports the livelihoods of hundreds of millions of people the world over. It also provides the foundations upon which all the world’s major corporate enterprises are built…The majority of businesses, for example, would struggle to survive without clean and accessible water.”

It is true that businesses depend on natural resources for their income.  Many people see businesses recognizing the ‘cost’ to the natural world of their practices as a good thing.  An example BBC used was calculating the cost of converting mangroves to a shrimp farm in Thailand.  In the end, after taking into account the mangrove’s role in buffering hurricanes and other factors, it’s not profitable to destroy mangroves to create a shrimp farm.  The profit from selling shrimp just doesn’t equal the financial benefit of the mangroves.

As ‘resources’ become scarcer, it’s inevitable that the cost of wonton waste will go up.  It’s also natural that businesses trying to limit their financial loss may see the benefits of protecting ‘resources’.  As the human population living on earth continues to skyrocket, things like food and water become harder to find. If you can’t find water, you’re not going to be doing any sort of business and you won’t make profit, this much is common sense.  Part of the problem is that there is more incentive to protect things like clean water, which everyone needs to survive and no incentive to protect say, wild tigers which may endanger profits and even human life.

A rise in consumer consciousness over loss of biodiversity, global climate change, and other issues has also made companies pay more attention.  BBC uses fishing as an example of rising cost, regulating fisheries has become necessary for the long term survival of fishes and indeed the fishing industry.

I have experience working in fisheries management in Alaska, where individual fishermen have opted into a system of being taxed which pays for fishery management.  In a system like Alaska’s, the financial cost of fish depletion has been taken on by the fishermen themselves and the system has been made rather sustainable. Part of the problem here is that the incentive isn’t for nature with a light human touch but heavily managed nature for the sole benefit of human desire.  For instance the organization I worked for in Alaska was also involved in introducing salmon to river systems where salmon didn’t historically breed. Another problem is that others damage to fish populations isn’t inflicted only by fishermen but also by pollution, development, etc. These minor matters aren’t the true heart of the economics problem.

The disastrous BP gulf oil highlights some of the problems of equating nature to a price tag.  Seafood processors, oystermen and shrimpers were awarded almost a billion dollars in losses, according to an article in Independent.  The initial award was even greater until it was found that a lawyer created a false roster of clients he supposedly represented, using the identities of dead people and even a dog.  BP agreed to pay the final amount awarded of $94.7 million, and while this may seem like a huge win for gulf coast residence dependent on seafood for a living, the loss doesn’t end with them.  Fines BP ended up paying were even greater, on January 16 of this year, according to The Balance, BP announced to take a charge of $1.7 billion for expenses related to their spill and on September 2014, and BP was fined $18 billion under the Clean Water Act.

The problem isn’t so much that BP didn’t pay enough so much as there’s no price that can be paid.  It’s understood by most people that no amount of money can bring back a dead loved one. It’s similarly true that no amount of money can bring back healthy oceans, wetlands, bird or fish populations.  The BP oil spill caused lung diseases in bottlenose dolphins, developmental problems in fish, and left oil residue that will remain in some amount for an untold amount of time.

Animals died.  Habitat has been lost.  The world will never be quite the same.  In the end, BP and other corporations can wreak so much damage precisely because there is a predictable cost associated with it.  Drilling in a dangerous, cost cutting way is speculative investment. BP doesn’t suffer the damage, it doesn’t lose its beautiful home or life, BP only writes out some checks.  There’s plenty of propaganda that BP uses too, acting as if cleaning up part of the mess they made was a charitable act. The statement on BP’s website on April 15 2014, announcing the end of active cleanup work is a perfect example of what I mean; here’s a taste,

““Reaching this milestone is the result of the extraordinary efforts of thousands of people from BP, local communities, government agencies, and academic institutions working together,” said John Mingé, Chairman and President of BP America.  “Immediately following the Deepwater Horizon accident, BP committed to cleaning the shoreline and supporting the Gulf’s economic and environmental recovery. Completing active cleanup is further indication that we are keeping that commitment.””

Considering BP’s inability to prevent a major oil spill in the Gulf of Mexico, it’s startling that in 2017, BP had another leak in Alaska’s Arctic, when a broken oil well started spewing natural gas.  The leak was controlled relatively quickly and there was little damage but it could’ve been much worse and in the Arctic, the stakes are even higher than in the Gulf of Mexico.

It’s easy to imagine the same philosophy of paying for damage being applied by a whole host of businesses to cover the normal environmental damage occurred regularly and it is.  Cap and Trade is based on this idea. Annie Leonard, proponent of sustainability and critic of consumerism, pointed out many of the problems with cap and trade. Under a global plan for cap and trade on carbon emissions, poorer countries that didn’t initially create the greenhouse gas problem will suffer most, burdened with an unfair amount of the cost.  The biggest polluters are also awarded the most carbon credits initially and cheating in offsetting carbon is incentivized.

I would argue that any time money becomes a major part of motivation, morals become perverted.  If economic incentives can bring us people who are literally willing to blow the tops off mountains for money, how can we expect it to protect wild nature?  The effects of environmental damage can outlast companies too.

The Gold King Mine near Silverton Colorado was closed in 1923 but EPA contractors caused the release of toxins from the mine into the Animas River watershed.  The EPA claimed responsibility for the spill but refused to pay anything for it, claiming sovereign immunity, an antiquated law that once allowed monarchs immunity to the legal repercussions of their actions.  Other mines in the area had already severely impacted the Animas watershed’s animal and plant life but this spill was particularly bad, entailing 3 million gallons of waste being dumped into the environment.

This is especially sad to me as I love the area surrounding the Animas River; it’s not far from the location of my first backpacking trip.  This is an area of mountains, elk and bear, a place that deserves clean water. Even the human cost in these areas is very real, contaminated water isn’t safe to drink.  The Denver Post reported in April 2016 that there are at least 230 other old mines leaking heavy metal waste into rivers in the state and the problem only continues downstream.  According to The Denver Post, the overall output of these mines equals one Gold King Mine disaster every two days.  I wonder what the unknown cost in health, human, animal environmental is for all the toxic waste quietly seeping into rivers?  When the cost is measured in dollars, who foots a bill when those responsible are bankrupt or dead?