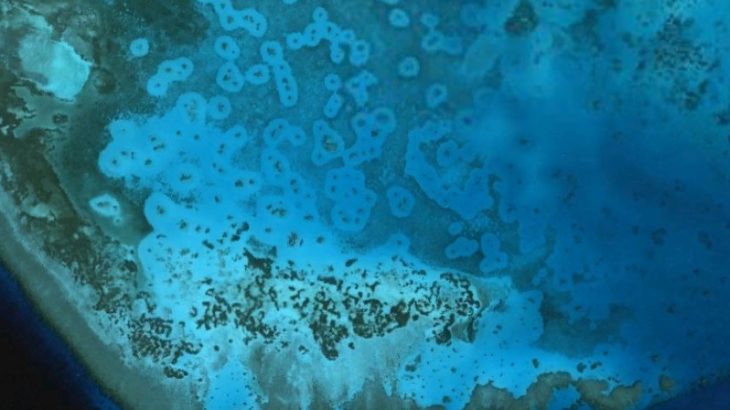 It is extremely difficult and expensive for scientists to observe coral reefs, especially those in remote locations that are not easy to access. But now, researchers are describing a mysterious phenomenon that could make it possible to monitor the health of coral reefs from space.

Coral reef are often surrounded by very large “halos” made up of bare sand that are hundreds to thousands of square meters. Two recent studies and a feature story led by Professor Elizabeth Madin of the University of Hawaii at Manoa are providing new insight into these remarkable natural barriers.

For decades, scientists have attributed reef halos to fish who hide from predators in patches of coral, yet venture out to eat the grass and algae surrounding the reef. The new research has identified additional factors that are giving rise to the halos.

In an article published recently in New Scientist, Madin explained that if the halos were being formed by small fish who were afraid of being attacked, the number of predators would influence where the halos emerge and how big they are. “With fewer predators, you would expect the grazing fish to be less fearful and so venture further from the reef, resulting in wider halos.”

However, satellite imagery showed there was no difference in the size of the halos inside and outside of no-fishing marine reserves. On the other hand, the team noted that the reef halos were significantly more likely to occur in marine reserves.

A separate study revealed that the species interactions driving these halos are more complex than previously assumed. Madin and her colleagues found that, in addition to the plant-eating fishes known to play a role in halo formation, invertebrate-eating fishes that dig in the sand for prey were disrupting the algae around the edges of the sand circles and making them bigger.

Collectively, the studies show that the presence and size of halos could be used to predict reef ecosystem health. 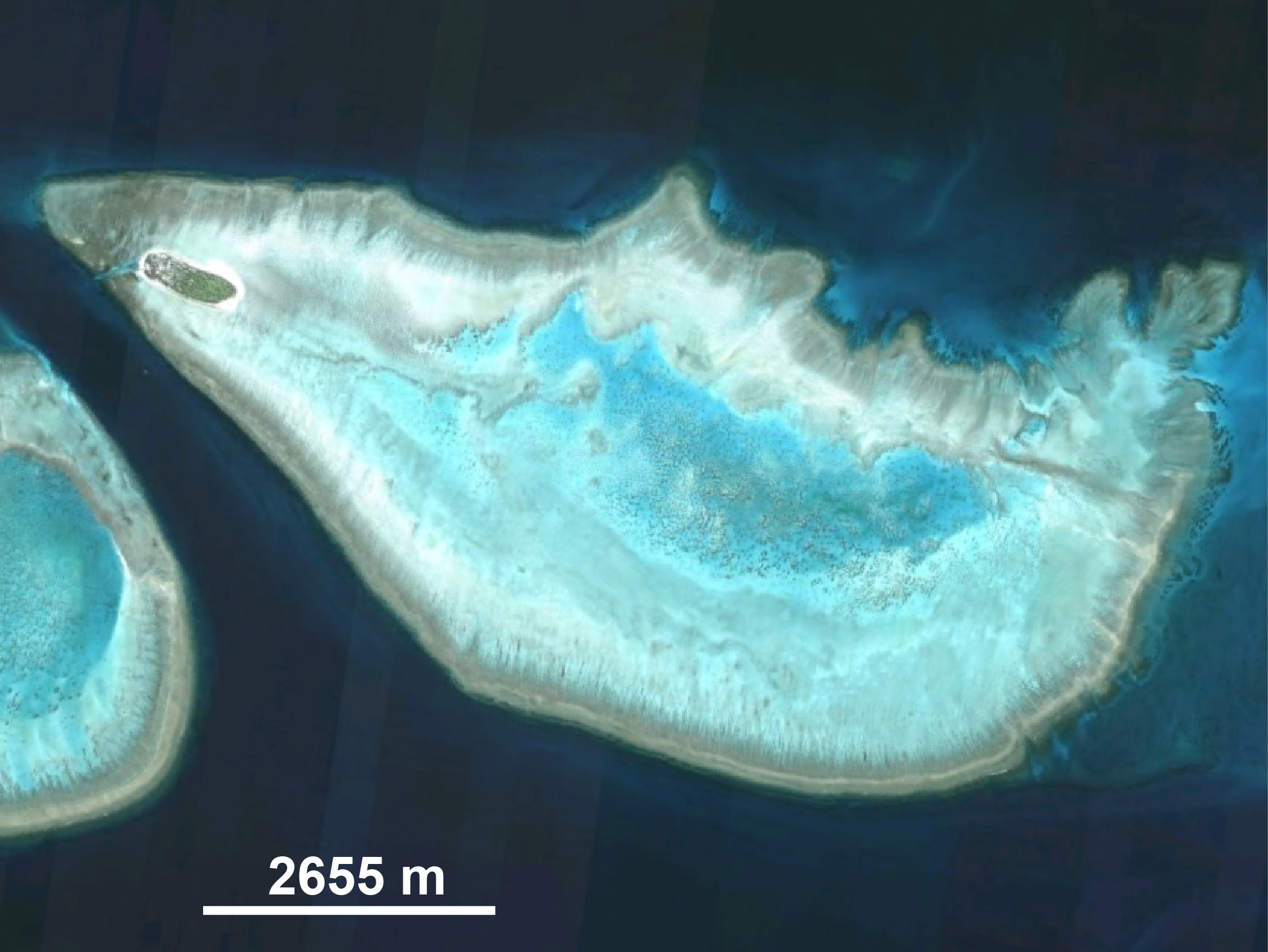 “We urgently need more cost- and time-efficient ways of monitoring such reefs,” said Madin. “Our work couples freely-available satellite imagery, with traditional field-based experiments and observations, to start to unravel the mystery of what the globally-widespread patterns of ‘halos’ around coral reefs can tell us about how reef ecosystems may be changing over space and/or time due to fisheries or marine reserves.”

“This will therefore pave the way for the development of a novel, technology-based solution to the challenge of monitoring large areas of coral reef and enable management of healthy reef ecosystems and sustainable fisheries.”

The research is published in the Proceedings of the Royal Society B and in Frontiers.