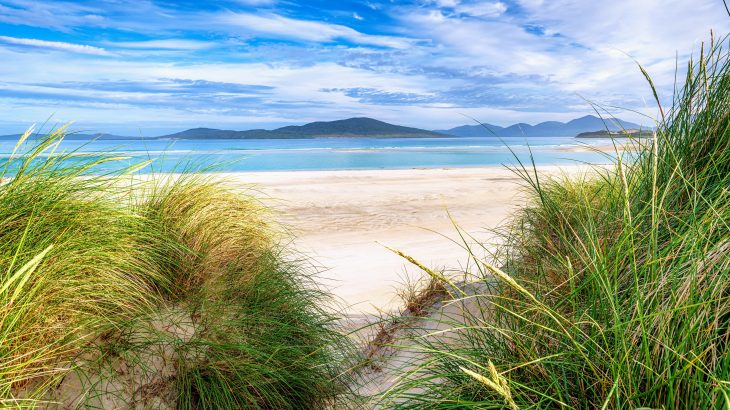 When it comes to achieving net zero climate change targets, rewilding the ocean is just as important as reforestation, according to a new report from the Marine Conservation Society (MCS).

In Britain, more carbon is stored along nearly 200,000 square miles of coastline than what is held in forests across the UK. The experts say that rewilding key marine ecosystems could safely stockpile millions of tons of carbon.

“Carbon contained in marine and coastal ecosystems must be considered in the same way as our woodlands and peatbog – critical to the UK’s carbon strategy,” said Dr. Chris Tuckett, MCS director of programmes.

“We’re calling on the UK Government and devolved administrations to act with urgency to invest in, co-develop and implement a four-nation blue carbon strategy.”

Rewilding is an approach to conservation that focuses on restoring and repairing damaged ecosystems so that nature can recover. This strategy will help to mitigate the impacts of climate change on wildlife.

Up until now, rewilding efforts have been focused on terrestrial ecosystems. The MCS reports that the coastal waters of Britain store 205 million tons of carbon, which is 50 million tons more than what is stored within all of the UK’s forests.

In collaboration with Rewilding Britain, the MCS is asking the government to establish nature recovery plans, including the development of shellfish reefs and the restoration of seagrass, saltmarsh, and oyster reefs.

According to the report, the saltmarsh and seagrass habitats of the British Isles sequester an estimated 43,000 tons of carbon annually. This is between two and four times the rate of carbon sequestration by tropical forests.

The experts are calling for a plan to cut fisheries-related carbon emissions in half by 2030. In addition, they want 30 percent of UK waters to become Highly Protected Marine Areas, with strict regulations on the most damaging activities, such as bottom trawling or dredging.

The researchers found that, without preventive measures, the UK’s sea shelf sediments could lose 13 million tons of stored carbon over the next decade.

“We’re calling for the rewilding and protection of at least 30% of Britain’s seas by 2030,” said Rebecca Wrigley, chief executive of Rewilding Britain.

“Allowing a rich rainbow of underwater habitats and their sea life to recover offers huge opportunities for tackling the nature and climate crises, and for benefiting people’s livelihoods.”