The world's rivers are highly polluted with antibiotics • Earth.com 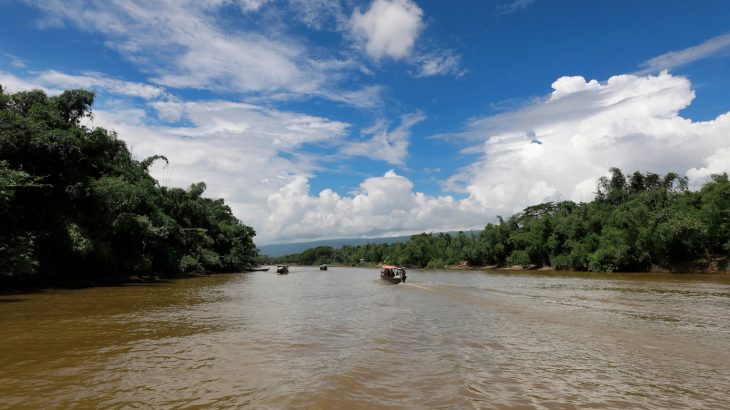 The world’s rivers are highly polluted with antibiotics

Antibiotic contamination has exceeded “safe” levels in many of the world’s most famous rivers, a new global study has found.

The study, led by researchers from the University of York, sheds light on the role of watersheds in antibiotic-resistance, which is one of the biggest threats to global health.

To study antibiotic contamination on a global basis, the researchers flew out 92 sampling kits to different collaborators who were instructed to collect samples from local rivers, freeze the samples, and ship them back to the University of York.

Samples were collected from 711 sites across 72 countries in six of the world’s continents, making this the first global study of antibiotic contamination in rivers.

“Until now, the majority of environmental monitoring work for antibiotics has been done in Europe, N. America and China. Often on only a handful of antibiotics. We know very little about the scale of the problem globally,” said Dr. John Wilkinson, a co-coordinator of the monitoring work. “Our study helps fill this key knowledge gap with data being generated for countries that had never been monitored before.”

Major rivers like the Danube, Mekong, Seine, Thames, and the Tiber River were included in the study, and the researchers tested the samples looking for 14 common antibiotics.

Antibiotic contamination was present in 65 percent of the sites sampled, and in some areas, antibiotic levels well exceeded safe limits.

Safe levels were determined using the parameters of antibiotic contamination set by the AMR Industry Alliance, which states that antibiotic levels should not exceed 20 to 32,0000 nanograms per liter, depending on the antibiotic.

In Bangladesh, concentrations of the antibiotic Metronidazole were 300 times more than what is considered “safe.”

For comparison’s sake, in the River Thames antibiotic concentration was 233 nanograms per liter, and in Bangladesh levels were 170 times higher.

Trimethoprim, a commonly prescribed treatment for urinary tract infections, was present in 307 out of 711 of the sites sampled.

Ciproflaxin, which is used to treat several bacterial infections, exceeded safe levels in 51 of the sites sampled.

Not surprisingly, the rivers where concentrations were highest were next to wastewater treatment systems, or sewage dumps which past studies have shown are a hotspot for antibiotic contamination.

“The results are quite eye opening and worrying, demonstrating the widespread contamination of river systems around the world with antibiotic compounds,” said Alistair Boxall, a member of the research team. “Solving the problem is going to be a mammoth challenge and will need investment in infrastructure for waste and wastewater treatment, tighter regulation, and the cleaning up of already contaminated sites.”

The researchers will present their findings during two presentations at the annual meeting of the Society of Environmental Toxicology and Chemistry.