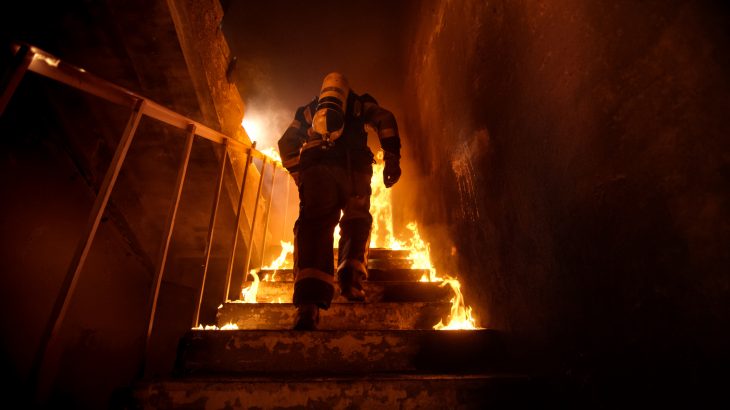 For most people, coming into work tired is a pain and can hamper productivity, but for the average 9-to-5er, it’s not life or death.

When it comes to first responders and firefighters, it’s a different story.

Due to the hectic nature of work for a first responder or firefighter, sleep deprivation is not uncommon, and a new study has shown that half of America’s firefighters are at risk of burnout due to both physical and mental exhaustion.

Burnout isn’t just about having a bad day on the job. According to the Mayo Clinic, it’s a unique type of work-related stress and the World Health Organization has announced that it will be included as an occupational phenomenon in the International Classification of Diseases (ICD-11).

Researchers from Monash University in Australia and the Brigham Women’s Hospital surveyed firefighters across the United States to see how sleep loss impacts mental, emotional, and physical health for firefighters and if sleeping at work hinders the ability to respond to fires.

“Firefighters are frequently exposed to sleep restriction due to their work schedules, which typically involve 24-hour shifts,” said Dr. Alexander Wolkow, the leader of the research. “Inadequate sleep during and after work, and into rest periods, may impair firefighters’ ability to recover from occupational demands, potentially explaining the heightened burnout risk.”

6,307 firefighters from 66 departments participated in the study, and nearly half (49 percent) of those surveyed had high levels of exhaustion and burnout.

Many of the firefighters said they got less than six hours of sleep during a 24-hour shift, and 31 percent of the participants reported having a difficult time recovering healthy sleep patterns after an overnight or 24-hour shift.

A significant risk factor identified by the researchers was poor sleep during long 24 hour shifts.

“Given that 84.4% of our sample worked extended duration shifts of 24 or more hours, our findings highlight the need to maximize sleep opportunities during overnight shifts to reduce burnout,” said Wolkow.

Encouraging sleep and napping during long shifts could help firefighters recover and reduce the risk of physical and emotional burnout.

The researchers published their findings in the Journal of Sleep Research.