Saharan dust particles discovered 2,000 miles away in the Caribbean • Earth.com 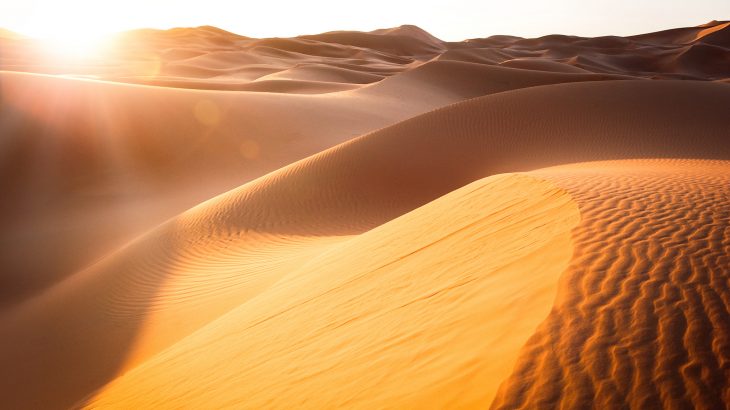 Saharan dust particles discovered 2,000 miles away in the Caribbean

A research team led by the Royal Netherlands Institute for Sea Research (NIOZ) has discovered large dust particles from the Sahara Desert over 2,000 miles away in the Caribbean. The particles were almost 50 times bigger than what scientists thought could be carried over long distances by the wind.

According to the researchers, the unexpected finding indicates that global climate models need to be reevaluated. Study co-author Giles Harrison is a professor of Atmospheric Physics at the University of Reading.

“These dust particles are whipped up from the Sahara Desert and carried between continents, and most people know them best when they end up settling on our cars or cause the kind of eerie orange skies we saw a year ago,” said Professor Harrison.

Dust particles are carried west from the Sahara over the Atlantic Ocean, which is where the researchers collected dust in floating buoys and underwater sediment traps between 2013 and 2016.

The particles in the Saharan dust cloud were thought to range in size from 0.01-0.02mm in diameter. However, the team found particles measuring 0.45mm in dust samples collected in the Caribbean.

The scientists are now speculating that the role of large dust particles, particularly quartz, has been underestimated in both cloud formation and the carbon cycle in the oceans. Particles were not thought to persist in the atmosphere, so they have been mostly unaccounted for in climate models.

“However, existing ideas do not allow for such massive particles travelling in the atmosphere for such vast distances, suggesting that there is some as-yet-unknown atmospheric process or combination of processes keeping them airborne,” explained Professor Harrison.

“Charging of the particles and associated electric forces is one avenue being explored. This evidence of dust and ash being carried so far is significant because these particles influence radiation transfer around the Earth and carbon cycles in the oceans.”