How to save your food from seagulls • Earth.com 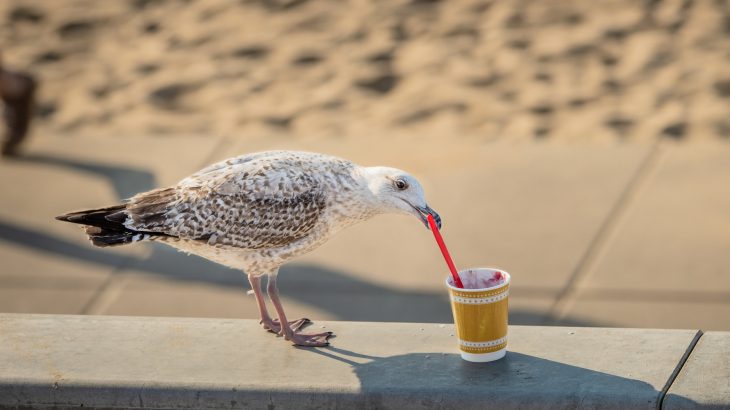 How to save your food from seagulls

How to save your food from seagulls. If you’ve been unlucky enough to have a seagull snatch your snack from right in front of you while enjoying a day at the beach, you know that trying to eat when there are gulls around is no picnic.

Researchers from the University of Exeter may have found a solution to keep your snacks safe from any thieving seagull.

The trick is to just keep your eyes on the bird that’s after your chips, according to a new study published in the journal Biology Letters.

The researchers set a bag of chips on the ground and measured how long before 19 herring gulls approached the bag both while being watched and when a human was turned away.

Gulls were more cautious when a human was staring at them. The researchers found that the herring gulls took around 21 seconds longer to grab the chips compared to when someone was looking away.

Only 19 out of 74 gulls completed a “looking at” and “looking away” test without flying away first.

“Gulls are often seen as aggressive and willing to take food from humans, so it was interesting to find that most wouldn’t even come near during our tests,” said Madeleine Goumas, the lead author of the study. “Of those that did approach, most took longer when they were being watched. Some wouldn’t even touch the food at all, although others didn’t seem to notice that a human was staring at them.”

The study only involved 19 gulls, and not all gulls had the same response to staring.

“We didn’t examine why individual gulls were so different – it might be because of differences in “personality” and some might have had positive experiences of being fed by humans in the past – but it seems that a couple of very bold gulls might ruin the reputation of the rest,” said Goumas.

What the study does provide is a potential tool that annoyed tourists and beachgoers might use to dissuade gulls from approaching.

Herring gulls in the UK and gulls in other coastal towns are considered a nuisance. One New Jersey beach town has gone so far as to hire birds of prey to scare away the gulls, according to the New York Post.

“We therefore advise people to look around themselves and watch out for gulls approaching, as they often appear to take food from behind, catching people by surprise,” said Dr. Neeltje Boogert, a senior author of the study.

Chips and picnic food are not part of a gull’s natural diet, and the researchers plan to study how human food impacts gulls and their chicks.