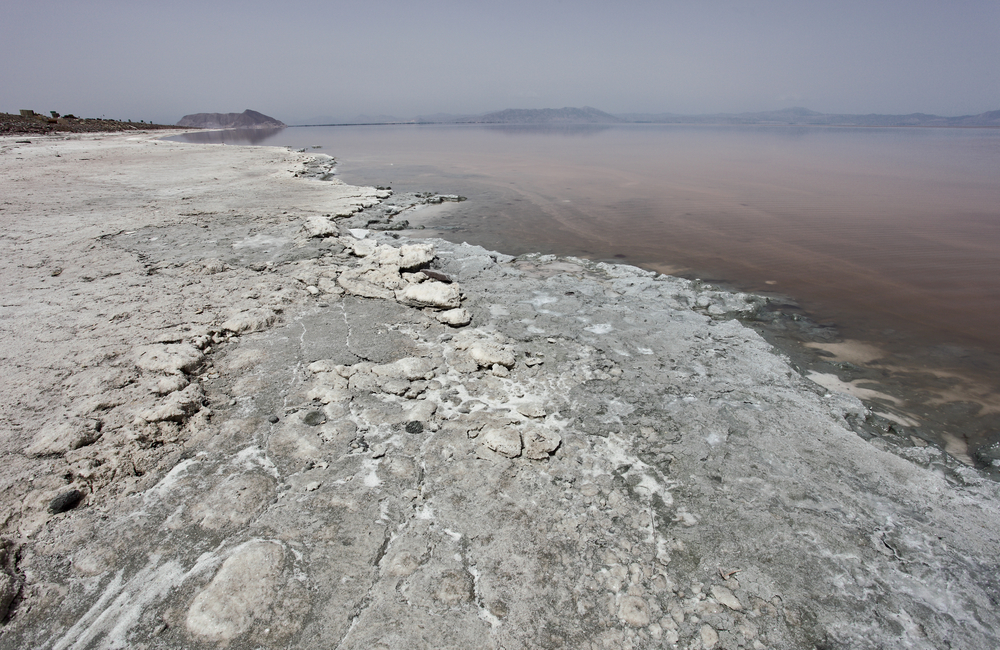 Iran’s Lake Urmia was once the second-largest hypersaline lake in the world after Brazil’s Araruama Lake. Not anymore.

Lake Urmia’s volume has declined by more than 80 percent in recent decades – a team of scientists led by doctoral student Somayeh Shadkam believes they have tracked down the two major causes: climate change and agricultural use of the water that once flowed to the lake.

The study looked at 50 years of water data – from 1960 until 2010 – from the lake. Additionally, Shadkam and her colleagues have conducted past studies on how climate change has affected and will continue to affect the lake. Those studies used hypothetical climate change models to predict future water flows into the lake. The new study focuses on the past and present instead of the future, to show how much the lake has declined and why.

The new study found that annual water flow into the lake dropped by about 48 percent over the 50 years of the study. Around 60 percent of that decline was due to climate change and drought conditions; the remaining 40 percent was due to human use, mainly diverting freshwater for irrigation before it reaches Lake Urmia.

The study published in The Journal of Great Lakes Research suggested that reducing human water usage would not be enough to save the lake – climate change would need to be addressed as well.

Lake Urmia’s decline has launched it into the news recently. In August, National Geographic reported the lake had turned from its usual green to blood red. The cause was likely algae and bacteria that grow well in hypersaline conditions. As Lake Urmia shrinks, its water becomes saltier, providing perfect conditions for an algae and bacteria bloom, scientists told the magazine.

The lake also became the focal point for a social media campaign against climate change. Iranians using the hashtag #IamLakeUrmia have pushed for United Nations action to save the lake, even presenting a petition with 1.7 million signatures to the organization.