Breaking down the science helps chip away at climate change denial • Earth.com 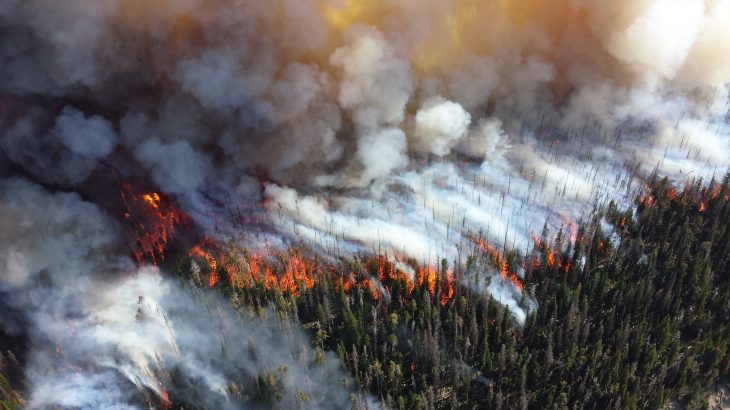 Breaking down the science helps chip away at climate change denial

For climate change deniers, it seems like all the facts and studies in the world aren’t enough to change their mind. Scientific consensus has been on the side of human-influenced global warming for decades, and still many pundits and members of the public remain staunch in their refusal to accept the facts. Could there be a better way to convince these deniers of the real threats of climate change?

A collection titled “Confronting Climate Change in the Age of Denial” was recently published in the journal PLOS Biology, and explores the idea of using stories to communicate scientific evidence regarding climate change. The authors offer both caveats and possible solutions for telling evidence-based climate change stories that may be able to change some minds.

This publication features two articles by social scientists, offering different perspectives on enlisting narratives to convey climate change science. An additional article is by marine mammal experts who depict the looming impacts of climate change on wildlife in the Arctic.

The scientists present a framework that combines ecological and physiological indicators to traditional demographics in an effort to propose a more comprehensive view of population health of certain species. Their hope is that, through this framework, they can create “a path toward sustainability through improved prediction, more precaution, and wiser policy in this era of global environmental change.”

The first article by social scientists, “Climate Communication for Biologists: When a Picture Can Tell a Thousand Words,” was written by psychologists Stephan Lewandowsky and Lorraine Whitmarsh. The authors assess strategies for the implementation of anecdotes and images to create a narrative that captures the public’s attention without losing any scientific accuracy.

A second article titled “(Escaping) the Paradox of Scientific Storytelling,” by science communication experts Michael Dahlstrom and Dietram Scheufele, examines the peril and promise of using stories to communicate science. The authors argue that using stories to try to convey knowledge may ultimately be unsuccessful, as they state that increased scientific literacy does not lead to a greater acceptance of science. They believe that it may make more sense to tell stories about how scientific knowledge is produced instead.

“In the end, using storytelling to primarily build scientific support through knowledge, attitude, or behavior goals without also engaging scientific reasoning might not help science in the long run,” the authors say.

This collection is an effort to expand our strategies for conveying the effects of climate change to an unforgiving audience. In the end, it may take more than numbers and facts.