Scientists are one step closer to engineering flood-resistant crops • Earth.com 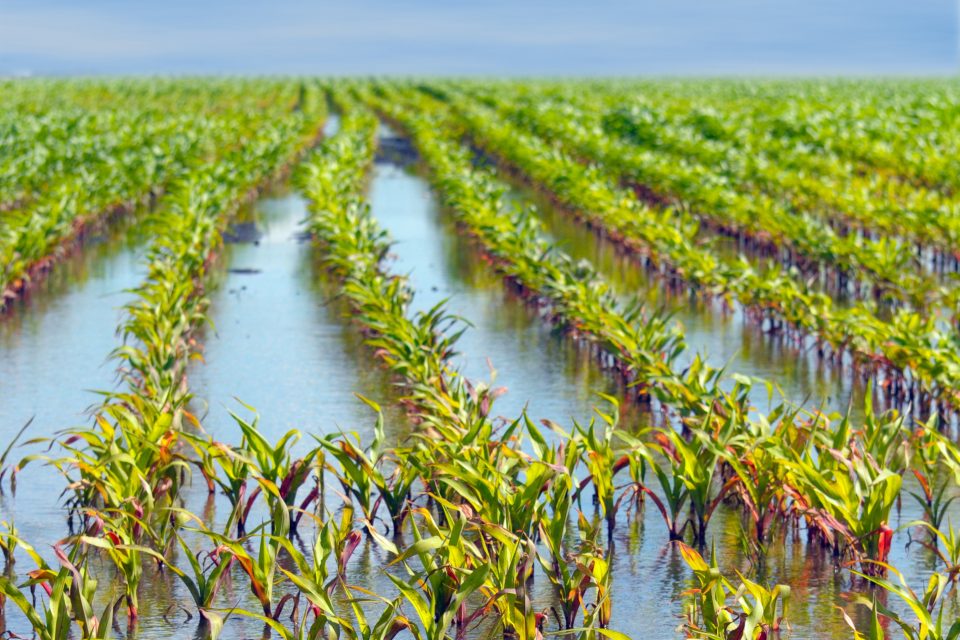 Scientists are one step closer to engineering flood-resistant crops

Crops could be made more resistant to flooding by manipulating the enzymes that control their response to lower oxygen levels, according to a new study from the University of Sydney.

“Climate change is a major global issue, not least for its impact on food security. We hope these findings can help produce flood-tolerant crops to help mitigate the devastating social and economic impact of extreme weather events on food production,” said study co-author Dr. Mark White.

Climate change is increasing the frequency and intensity of flooding events worldwide. As a result of rising sea levels and stronger tropical storms, floods in the United States that used to occur only once every 100 years could soon occur annually.

Flooding can cause devastating crop losses and reduce food security. Staple crops such as rice, wheat, and barley have a built-in defense to survive temporary flooding, but prolonged periods of water inundation can fatally damage these plants.

In response to the low oxygen conditions in water, some plants can activate energy pathways that do not rely on air. These responses are controlled by oxygen-sensing enzymes –  plant cysteine oxidases (PCOs) – that use oxygen to regulate the stability of proteins that control gene activity.

The study authors explained that PCOs are a vital component of the plant oxygen signaling system, connecting environmental stimulus with cellular and physiological response.

The research, which was largely conducted at the University of Oxford, describes the molecular structures of PCOs for the first time. The experts have identified key structural features that are required for PCO activity.

“The results provide a platform for future efforts to manipulate the enzyme function in an attempt to create flood-resistant crops that can mitigate the impact of extreme weather events,” said Dr. White.