Scientists explore the brain of a 160-million-year-old dinosaur • Earth.com 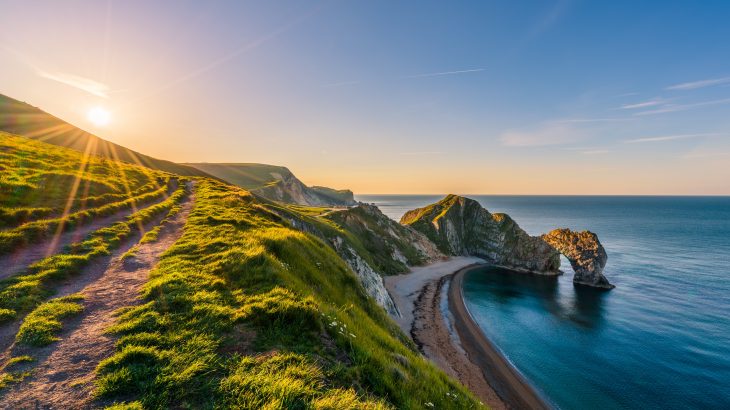 Palaeontologists at St. Petersburg University have taken a glimpse inside the mind of a 160-million-year-old dinosaur. The study reveals new details about the brain structure of the ankylosaur Bissektipelta archibaldi.

The researchers used a 3D model that was previously assembled in Russia to analyze the dinosaur’s cranial vault. They discovered that Bissektipelta had an exceptional sense of smell and heard low-frequency sounds. The dinosaurs also had the unique ability to cool down their brains when necessary.

Ankylosaurs were herbivorous dinosaurs that appeared in the middle of the Jurassic Age and persisted until the end of the dinosaur era 65 million years ago. They were covered with thick armor like modern day armadillos.

The palaeontologists analyzed three fragments of Bissektipelta fossil skulls from a well-preserved collection of bones recovered in Uzbekistan.

During a series of expeditions around 20 years ago, hundreds of thousands of bones were collected at the Uzbekistan site, including dozens of skull fragments. Advances in technology have created new opportunities for scientists to re-analyze the fossils with greater accuracy.

‘Thanks to the development of computed tomography (CT) over the past 15-20 years, palaeontologists are able to learn more and more about the dinosaur brain and its structure,’ said study lead author Ivan Kuzmin.

“We decided to re-describe Bissektipelta archibaldi, and we managed to clarify its place on the phylogenetic tree of ankylosaurs. A 3D reconstruction of the endocast of its brain cavity was made using CT.”

“It is important to understand that the digital ‘cast’ of the braincase is not the brain itself. It is necessary to study it carefully to understand how big the actual brain was, where its parts were, how the vessels and nerves were housed.”

The scientists worked with the skulls for three years to reconstruct the brain of Bissektipelta archibaldi. They found that the majority of the brain was made up of large olfactory bulbs. This gave Bissektipelta an extremely developed sense of smell, which would have helped in detecting food, mates, and predators.

Ankylosaurs had heavy armor and did not move very gracefully, so the ability to detect approaching predators was crucial for survival. According to the experts, the olfaction of ankylosaurs can even be compared with the olfaction of Tyrannosaurus rex.

“Another interesting skill of the ankylosaur that we learned about is the ability to cool its brains in the literal sense,” said Kuzmin.

“The network of veins and arteries in its braincase turned out to be very complicated: they did not go in a single direction, but constantly communicated with each other, like a system of railway tracks. The blood could have flown in different directions and been redistributed, while maintaining the optimal brain temperature of the animal.”

“For example, if the top of an ankylosaur’s head became warm, the vessels diverted quickly the warm blood and created a screening effect – as if a dinosaur put a sun hat on.”

“Moreover, the endocranial vasculature of ankylosaurs turned out to be somewhat more like the vessels of present-day lizards than that of the closer extant relatives of dinosaurs – crocodiles or birds.”

The analysis of Bissektipelta’s inner ear produced evidence that the ankylosaur had a hearing range of about 300 to 3,000 hertz, which is the same low frequency range of modern-day crocodiles.

The larger the animal, the lower the frequencies of sound they could hear. The palaeontologists propose that as ankylosaurs evolved to have bigger bodies, they gained the advantage of detecting sounds at even lower frequencies.

“Present-day animal species are characterized by a certain brain-body size relationship,’ explained Kuzmin. “If you look at dinosaurs, then ankylosaurs and their closest relatives (stegosaurs) were almost outsiders. The mass of their brain turned out to be at least half less than what we would expect, based on a comparison with present-day animals. It was about 26.5 grams for a three-meter Bissektipelta. Its brain size can be compared with two walnuts.”

“Nevertheless, ankylosaurs existed on the planet for 100 million years. They were quite successful in terms of evolution. However, judging by the size of their olfactory bulbs, they sniffed a little faster than they thought.”

The team plans to analyze the fossil skulls of additional ankylosaur species to test the theories they have about the brain structure and function of Bissektipelta.

The study is published in the journal Biological Communications.