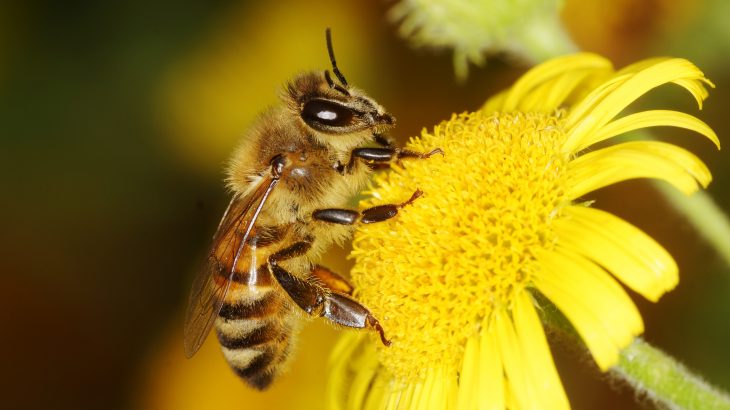 Scientists have created the first global map of bee diversity

Researchers have created the first map of global bee diversity, according to a new study published by Cell Press. The team reviewed nearly six million public records of where individual species have appeared, and combined this data with an inventory of more than 20,000 known bee species.

“I was surprised how terrible most of the prior global data really was about bee diversity,” said Professor Hughes. “A lot of the data were just too patchy or too concentrated on a small number of countries that have prioritized data sharing to be able to use these resources for any large-scale analysis.”

“People think of bees as just honey bees, bumble bees, and maybe a few others, but there are more species of bees than of birds and mammals combined,” said study senior author Dr. John Ascher, an assistant professor of Biological Sciences at the National University of Singapore. “The United States has by far the most species of bees, but there are also vast areas of the African continent and the Middle East which have high levels of undiscovered diversity, more than in tropical areas.”

“When it rains in the desert, there are these unpredictable mass blooms that can literally carpet the entire area,” explained study first author Michael Orr of the Institute of Zoology at the Chinese Academy of Sciences. “There’s a much higher turnover in the desert because of how patchy the resources are year after year. So there’s a lot of potential for new species there.”

By cross-checking a massive list of over 20,000 species compiled by Dr. Ascher and data on the occurrence of individual bee species, the researchers gained a much clearer understanding of how bee species are distributed throughout the globe. This will make it easier for scientists to detect declines in bee populations.

“We’re extremely interested in an abundance of bees, but that’s something that has to be done in relation to a baseline,” said Dr. Ascher. “We’re trying to establish that baseline. We really can’t interpret abundance until we understand species richness and geographic patterns.”

The researchers view their work as an important first step toward a more comprehensive understanding of global bee diversity, and hope the study will help in the conservation of bees as global pollinators.

“Many crops, especially in developing countries, rely on native bee species, not honey bees,” said Hughes. “There isn’t nearly enough data out there about them, and providing a sensible baseline and analyzing it in a sensible way is essential if we’re going to maintain both biodiversity and also the services these species provide in the future.”