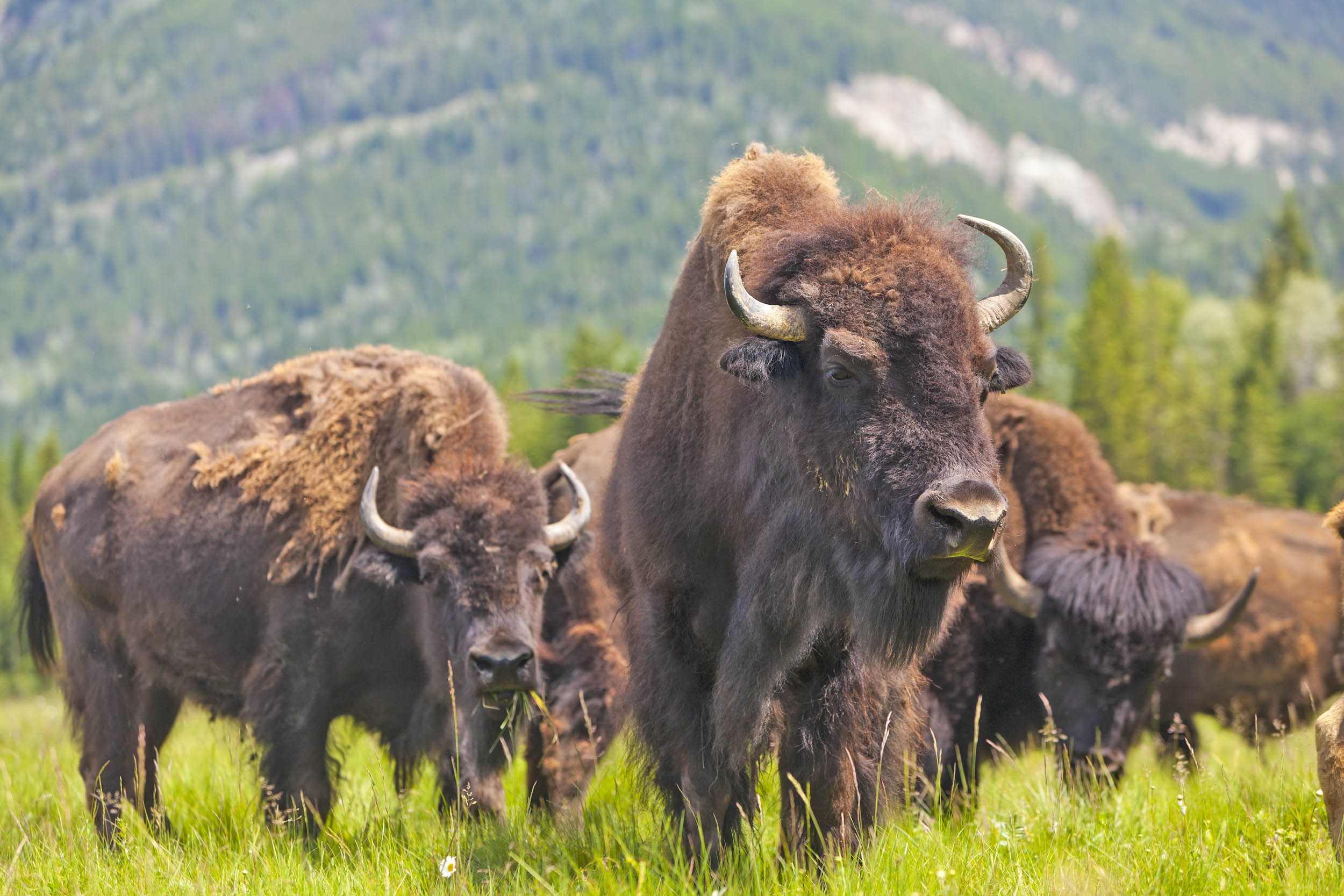 Scientists work to increase the genetic diversity of Yellowstone bison

Bison once roamed the Great Plains in massive herds numbered in the tens of millions. Hunted to near extinction in the late 1800s,  roughly 30,000 wild bison now roam Yellowstone National Park. Yellowstone now has the largest population, which means the herd genetics are highly diverse.

Commercial bison herds number more than 300,000. Many of those animals and other wild bison are, to varying degrees, bison-cattle hybrids. Government, tribal and zoo efforts seek to restore the animals’ original genetics.

To preserve the domestic cattle-free genes of Yellowstone Bison, select embryos from certified disease- free female bison are now on the move as an experimental scientific migration heads east.

Researchers have transplanted embryos originating from the bison herd at Yellowstone National Park into female bison in Minnesota in hopes of increasing the genetic diversity of herds in the state. This effort hopes to restore America’s official mammal to the landscape.

Prized Yellowstone bison, free of domestic cattle genes, still give experts some concern. Using them in traditional breeding programs is difficult because they can carry a contagious disease called brucellosis, which causes spontaneous abortions in pregnant cattle. Transplanting embryos from the Yellowstone herd using in-vitro fertilization bypasses the problem of spreading the disease.

“It will also demonstrate that we can use reproductive technologies to move the Yellowstone genetics outside of the park without the threat of spreading the disease brucellosis, which has implications for bison conservation on a broader scale,” Barfield said.

Keith Aune, Bison program director for the Wildlife Conservation Society, which runs the Bronx Zoo, cautions that this process is still ‘an experimental procedure at best.’ In 25 attempts at the zoo, he said only one calf was produced. Yet, he encourages continued attempts as the field of bison research is young and the approach may become more successful as it develops over time. Even though Aune is not directly involved with the Minnesota project, he says Barfield’s efforts fit well into the bigger picture of bison conservation. The Bronx Zoo plans to import several bison with pure Yellowstone roots from a disease-free herd next month if it gets the necessary permits. Other programs such as the Toronto Zoo are experimenting with embryo transplants of bison herds in a northern subspecies known as the Wood Bison.