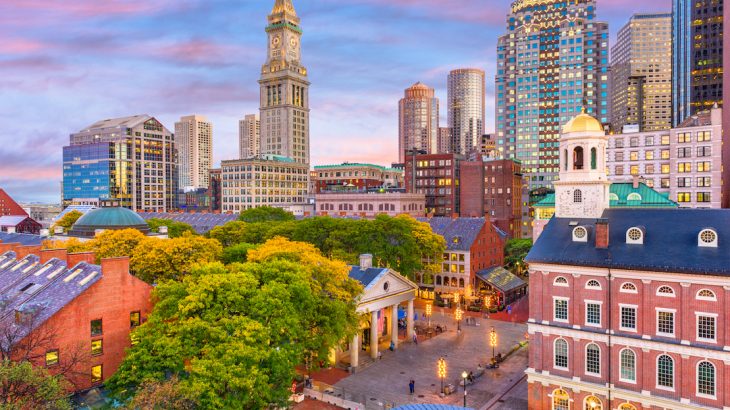 The American Council for an Energy-Efficient Economy (ACEEE) recently released its annual scorecard ranking 75 major cities in the US based on clean energy initiatives and climate goals.

The 2019 City Clean Energy Scorecard shows that cities are continuing to climate change into their hands even while the current Administration is working hard to pump the brakes on climate change policies.

To create the scorecard, ACEEE researchers reviewed data on more than 265 clean and renewable energy initiatives between 2017 and 2019. More than 50 metrics were used to rank cities in five major policy areas.

How well are cities reaching their climate goals and gearing towards an energy efficient economy? The scorecard shows that Boston holds the number one spot, followed by San Francisco, Seattle, Minneapolis and Washington, DC.

However, the majority of cities in the survey are making minimal progress and will likely not meet their proposed climate goals. 26 of the cities don’t even have set targets for greenhouse gas emission reductions.

Only eleven out of the 75 cities with data on climate goal progress will come close to meeting their greenhouse gas targets the scorecard shows.

“Cities are making impressive clean energy gains—taking big steps to waste less energy and encourage more renewable power. But they have more to do,” said David Ribeiro, the lead report author. “Cities must continue their push for innovative buildings policies, take greater steps to tackle transportation emissions, and better track progress to know which investments have the greatest impact.” 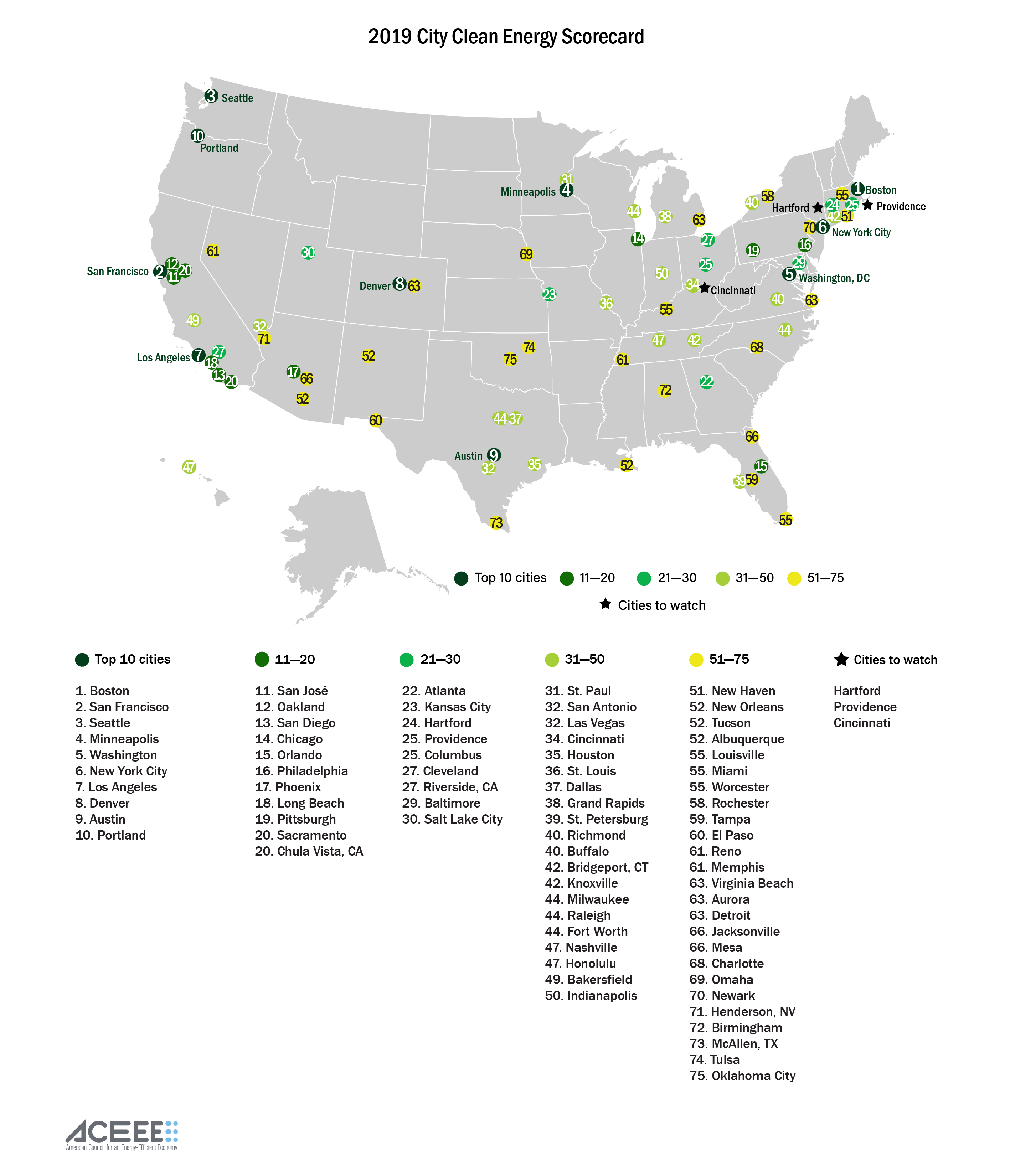 All in cities made more progress in increasing energy efficiency for buildings, but more attention must be paid to the transportation sectors.

The scorecard found that there was much room for improvement with cities investing in low-income communities and communities of color, which often face disproportionate pollution exposure and health risks.

“It is vital that cities move quickly to reduce their carbon emissions and that they do so in ways that engage and benefit all residents, including low-income communities and communities of color,” said Lois DeBacker, the managing director of The Kresge Foundation’s Environment Program, which helps funds the ACEEE. “ACEEE’s City Clean Energy Scorecard offers a clear guide for local leaders to learn from one another how to transition to clean energy in an equitable manner.”