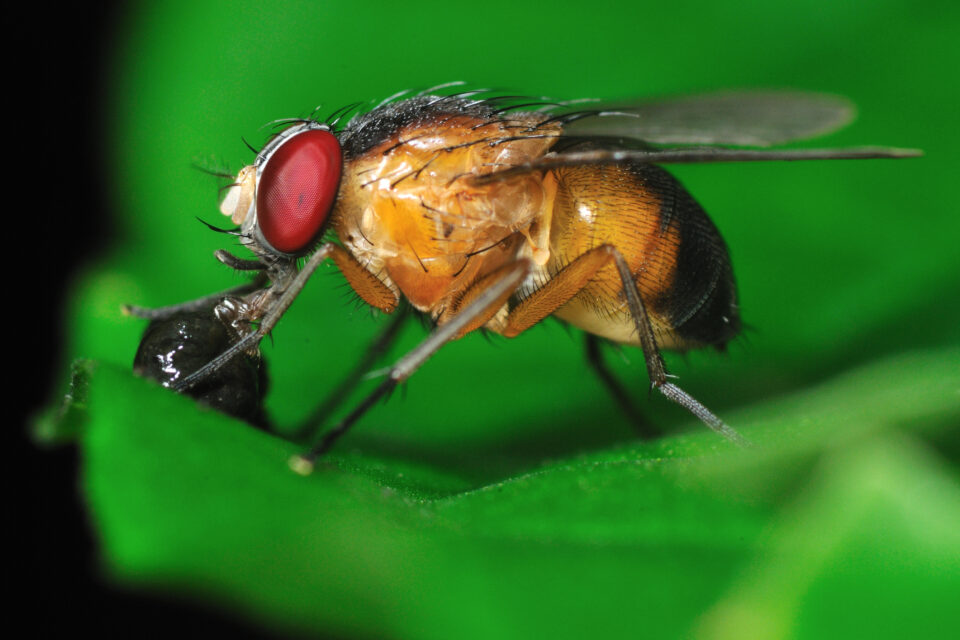 In the fight for love, the male members of a species usually take center stage. However, a group of scientists at the Champalimaud Centre for the Unknown have demonstrated that female fruit flies aren’t spectators when it comes to sexual competition.

“It is well known that female fruit flies display aggression over food and territory. So we asked, ‘what about mating?” said study senior author Maria Luisa Vasconcelos.

When the team placed one male with two virgin females, everything seemed fine while the male was courting both females. But if the male began copulating with one of the flies, the spurned female began attacking the other female.

“This is curious because when the situation is reversed – when two males are in the same chamber with one female – both vigorously court the female simultaneously. But once mating is in progress, the ‘losing’ male doesn’t attack. Instead, it courts the female even though she is otherwise engaged,” explained Vasconcelos.

However, if a male had not previously courted a female, she would not attack. This piqued the researchers’ curiosity.

“We wanted to understand what were the exact circumstances that gave rise to this behavior. For example, was it important that the females were virgins? Also, were there any external signals involved, like particular odors?” explained study first author Miguel Gaspar.

The researchers confirmed that the sexual status of the female influenced her behavior. “Mating triggers a series of physiological changes in females, which are known to have a dramatic effect on their behaviour as well,” Gaspar explained. “And indeed, we found that while virgins quickly became aggressive, mated females were indifferent to the copulating pair.”

The presence of food also played a role. “This was very interesting,” said Vasconcelos. “We know that mated females become aggressive towards each other in the presence of food. Probably because they need nourishment to support the pregnancy. However, here the females were virgins. A possible explanation might be that mating in an environment with food is perceived as conducive to a successful pregnancy.”

“We report here how female aggression towards mating pairs can be elicited. These findings add to the growing body of evidence that fruit fly females display rich, complex behaviors that are sensitive to social, environmental, and internal states. Now, we can use the extensive genetic and molecular tools available in fly research to investigate the neural underpinnings of this newly-discovered behavior.”