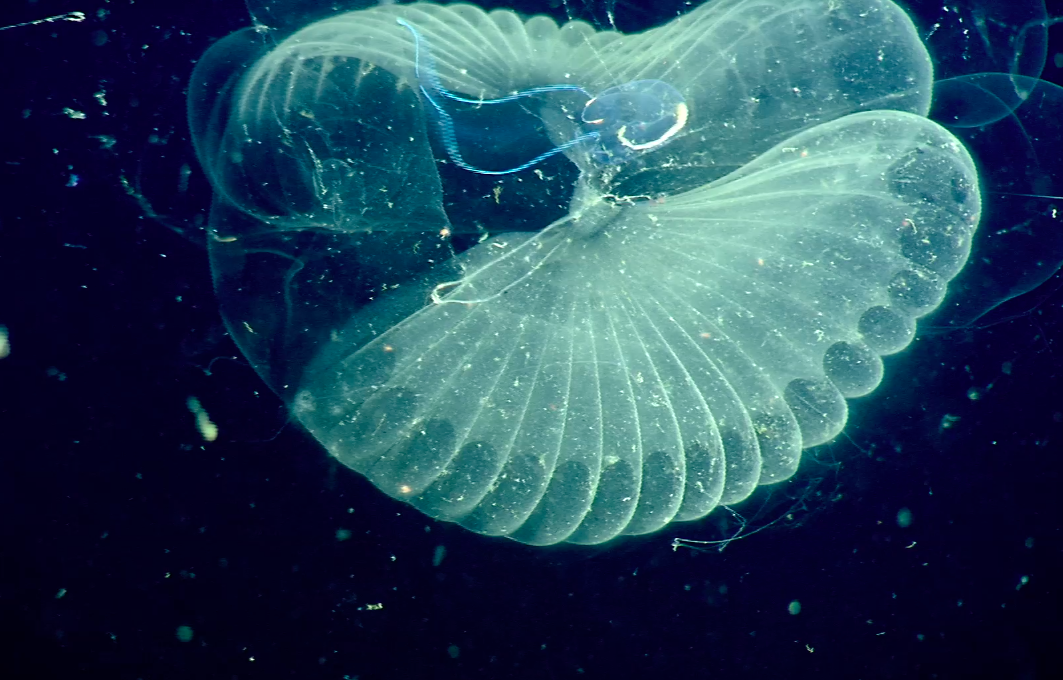 Using a new deep-sea technology, scientists at Monterey Bay Aquarium Research Institute have gained new insights into how giant larvaceans, a species of zooplankton, help transfer carbon from the atmosphere to the deep ocean.

The plankton, about the size of a pinky finger, live in the upper 400 meters of the ocean and build filtering “houses” that are so fragile that they can’t be removed for lab analysis. The particles contain organic carbon, some of which originated as carbon dioxide in the atmosphere.

When the larvaceans discard their old, nutrient-rich houses, the structures sink to the sea floor, which contributes to moving organic materials into deeper water.

Once on the seafloor, the carbon is either consumed by animals or buried in sediment, making  it unlikely to return to the atmosphere for millions of years.

Instead of trying to build a tank large enough to harbor a giant larvacean and its house, MBARI Principal Engineer Kakani Katija has been investigating ways to study larvaceans in the open ocean, using a technique called particle image velocimetry (PIV).

The system includes  a laser that emits a thin sheet of light and a video camera that records tiny particles in the water, which are lit up by the laser.

Researchers tested the system, mounted on a small remotely operated vehicle, 4,000 feet below the surface of Monterey Bay.

“We were all shocked by how well it worked,” said Katija. “There was a lot of oohing and aahing in the control room. It wasn’t just the scientists who were shocked and amazed—it was everyone on the research vessel.”

“Now that DeepPIV is available to the oceanographic community it opens up all kinds of possibilities,” Katija said.