Why sea level is rising faster on some parts of the US east coast • Earth.com 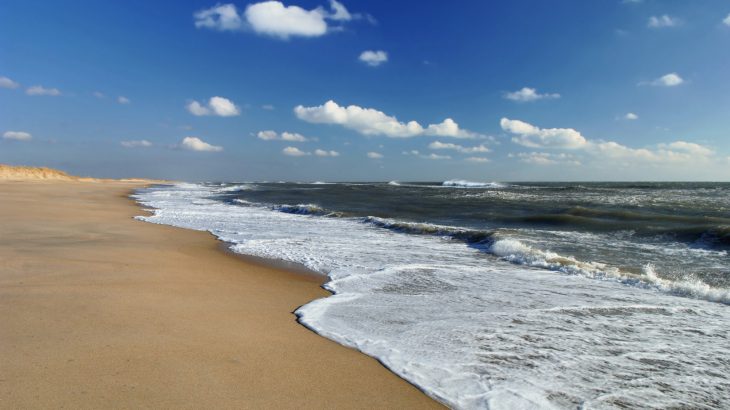 A new study led by the Woods Hole Oceanographic Institution (WHOI) has revealed why some regions along the eastern coast of the United States have experienced sea level rise at a faster rate than others.

During the 20th century, the sea level rose by about a foot and a half near Cape Hatteras in North Carolina and along the Chesapeake Bay in Virginia. During the same time period, New York City and Miami experienced about a foot of sea level rise, and sea levels outside of Maine rose by only about half a foot.

Study lead author Chris Piecuch said that the fluctuating rates of sea level rise can be explained by a phenomenon called “post-glacial rebound.”

When massive ice sheets covered the land during the last Ice Age, some regions of Canada and the northeastern United States were weighted down. In other regions along the mid-Atlantic coast, the land rose up. But then, as the ice sheets melted over 26,000 years ago, land that was weighted down began to rise up and vice versa in a type of seesaw effect that still continues today.

To investigate why sea levels rose faster along the Outer Banks and near Virginia, the team collected tidal gauge measurements of sea levels, GPS satellite data that show how much the land has moved up and down over time, and fossils in sediment from salt marshes. To get a better look at sea levels changes starting in 1900, they combined this data with complex geophysical models.

The researchers determined that most of the variation in sea level rise along the East Coast was caused by post-glacial rebound. When this environmental factor was stripped away, the study authors found that “sea level trends increased steadily from Maine all the way down to Florida.”

“The cause for that could involve more recent melting of glaciers and ice sheets, groundwater extraction and damming over the last century,” said Piecuch. “Those effects move ice and water mass around at Earth’s surface, and can impact the planet’s crust, gravity field and sea level.”

“Post-glacial rebound is definitely the most important process causing spatial differences in sea level rise on the U.S. East Coast over the last century. And since that process plays out over millennia, we’re confident projecting its influence centuries into the future. But regarding the mass redistribution piece of the puzzle, we’re less certain how that’s going to evolve into the future, which makes it much more difficult to predict sea level rise and its impact on coastal communities.”