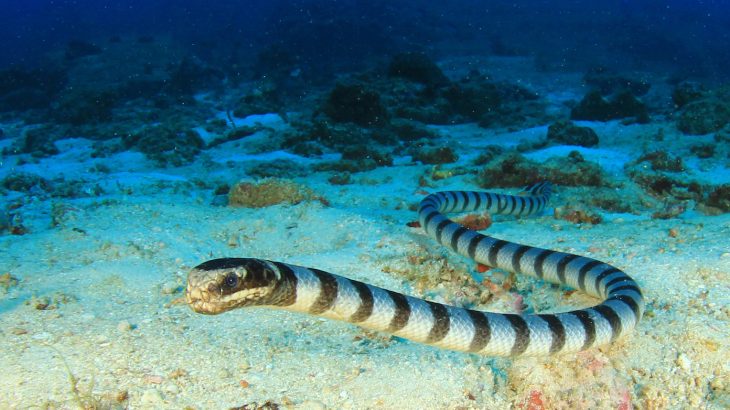 Footage of sea snakes swimming at around 800 feet deep in the ocean, an area called the “twilight zone,” has baffled marine biologists.

Sea snakes live in the tropical waters of the Indian and Pacific Oceans and typically swim in shallow water habitats like coral reefs.

Researchers have known that sea snakes are able to deal with decompression sickness, more commonly referred to as “the bends,” which is what happens when divers and swimmers surface to fast.

However, snakes still require oxygen to breathe, and so it was thought that deep dives were not feasible for sea snakes.

Footage from two deep water dives was captured by a remotely operated vehicle in 2014 and 2017. The dives were part of the Ichthys LNG (liquid natural gas) Project operated by INPEX, an Australian exploration, and production company.

During these dives, sea snakes were discovered swimming hundreds of feet below the surface in the mesopelagic zone, which is called the twilight zone because of how little light makes its way down to those depths. 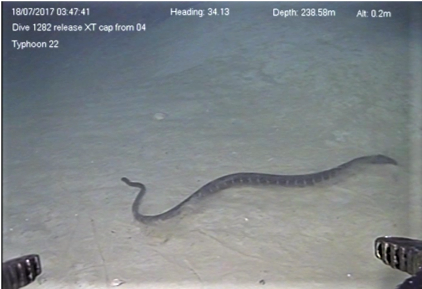 One snake was recorded swimming at 800 feet, and another at 780 feet, and the footage was sent to researchers at the University of Adelaide to study these remarkable, record-setting dives.

“In some of the footage the snake is looking for food by poking its head into burrows in the sandy sea floor, but we don’t know what type of fish they’re eating or how they sense them in the dark,” said Dr. Jenna Crowe-Riddell, the lead author of a study detailing the dives published in the journal Austral Ecology.

Prior to this study, the deepest sea snakes were known to dive was 436 feet.

“Observations of sea snakes have typically been limited to shallow water habitats that are easily surveyed,” said Dr. Kate Sanders, a co-author of the study. “But this shows what can be achieved through industry-university collaboration.”