Why you can’t find sea snakes in the Atlantic Ocean • Earth.com 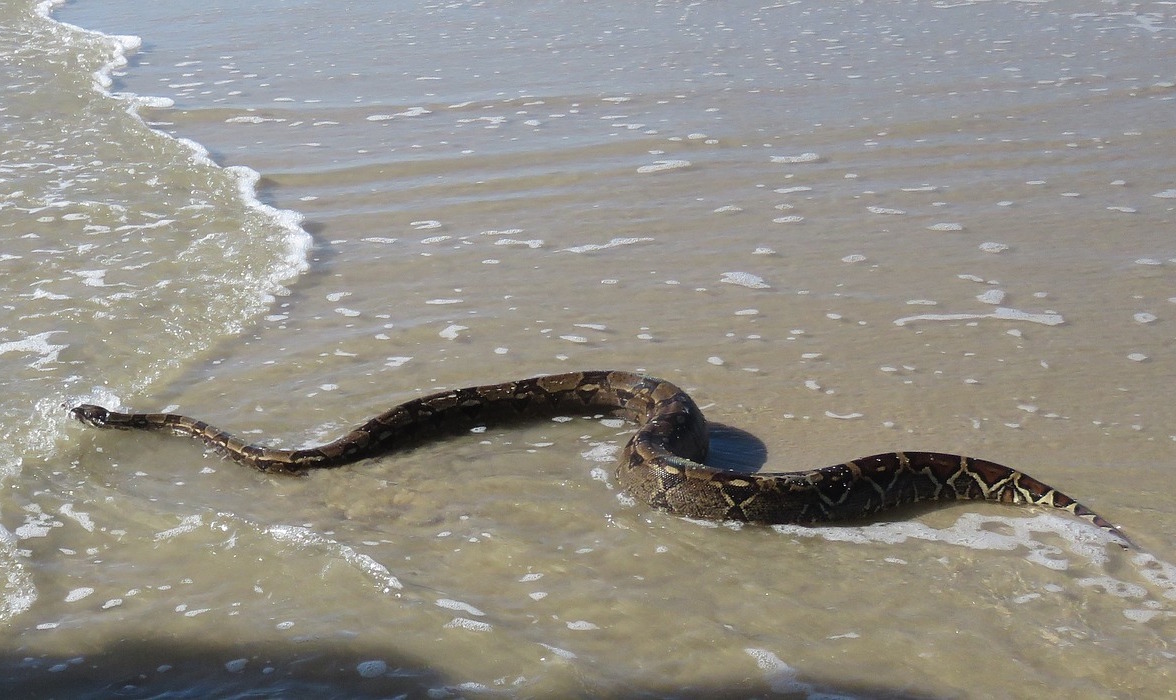 Why you can’t find sea snakes in the Atlantic Ocean

There are nearly 70 species of sea snakes in the world that can be found everywhere from the South Pacific to New Zealand to Central America.

Over time, sea snake species have become specially adapted to their aquatic surroundings. They have flat tails that help them maneuver through the water, they can hold their breath, and go for months without taking a drink.

“Sea snakes have evolved to survive in a way that is completely different than turtles, crocodilians or freshwater snakes,” said Coleman Sheehy, the Florida Museum of Natural History herpetology collection manager. “Nothing else does it like sea snakes – they’ve made fascinating adaptations to overcome the huge number of difficulties associated with surviving in the ocean and are by far the most successful marine reptile group.”

But even though sea snakes are found far and wide in the Pacific and Indian Oceans, there is a major body of water where the creatures have yet to appear: the Atlantic Ocean.

This is especially perplexing because extinct species of sea snake once lived in the Atlantic and today, sea snakes could hypothetically thrive in the Caribbean.

A new paper, co-authored by researchers from the University of Florida and published in the journal Bioscience, examines the lack of sea snakes in the Atlantic and suggests some possible answers.

Sea snakes began to evolve 6 to 8 million years ago and many species first appeared 1 to 3 million years ago. But before the snakes could move to regions in the Atlantic, the only safe means of traveling to the Caribbean, via the Isthmus of Panama, had been blocked off.

Today, places where passage is possible, such as over the tip of South Africa, are too cold and dry for the snakes to survive the journey.

Sea snakes rely on warmer waters and freshwater for drinking, and so the chances of any sea snake species making it to the Caribbean are slim.

The authors of the paper also discuss the threatened status of some sea snake species. According to the authors, even if warmer waters made an Atlantic crossover possible, the negative impacts of climate change would more than likely cause many sea snake species to die out.

“I think one of the reasons we’re seeing declines in certain populations is because of changing rainfall patterns,” said lead author Harvey Lillywhite. “If rainfall patterns aren’t conducive to providing water to drink, sea snakes can’t survive, even if ocean temperatures are favorable. The availability of freshwater is going to be a huge factor in understanding local extinctions.”

Sea snakes are an important part of the ecosystem and their evolutionary adaptability is unmatched. If populations are already facing decline due to climate change, it does not bode well for their continued survival.