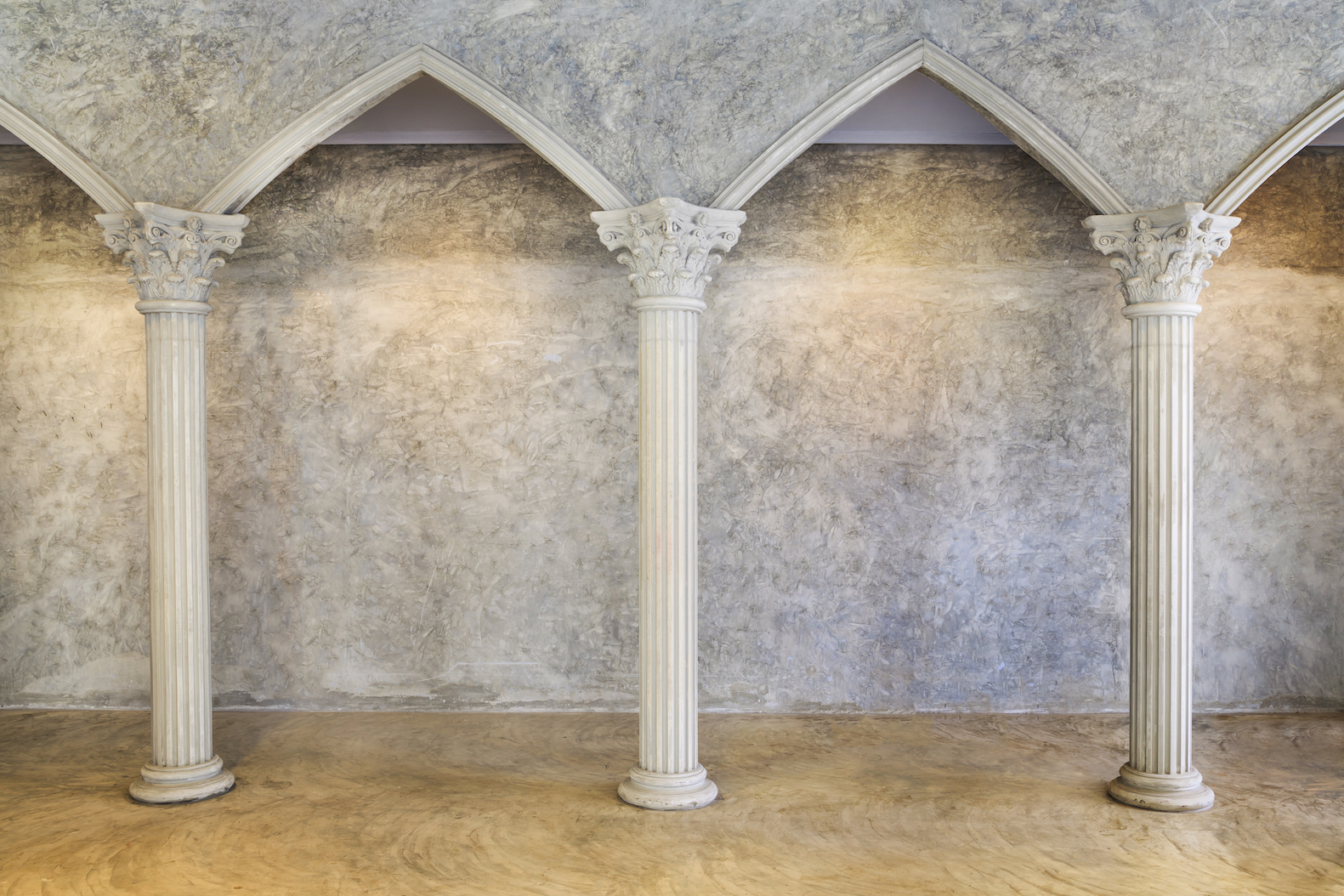 Modern cement concrete – typically known as “Portland” concrete – is made using rock aggregate along with sand and gravel particles that are intended to be inert. This means that some reactions with the cement paste amy form gels that expand and cause the concrete to crack. “This alkali-silica reaction occurs throughout the world and it’s one of the main causes of destruction of Portland cement concrete structures,” says University of Utah geologist Marie Jackson. When Jackson spent a sabbatical year in Rome, she noticed that Roman concrete was much more durable than our modern concrete. While there, she began study volcanic ash deposits, as she knew the Romans made their concrete by mixing volcanic ash with lime and seawater to make mortar, before introducing rock aggregate.

After returning, she and her colleagues began to further study the factors that caused this resilience in Roman concrete. The research team had noticed that modern marine concrete structures tend to fall apart within decades, while 2,000-year-old Roman piers and breakwaters still stand today – and are even stronger than when they were first built.

In the year A.D. 79, Roman author Pliny the Elder wrote in his Naturalis Historia that as concrete structures in harbors were exposed to the constant beating of saltwater waves, they became “a single stone mass, impregnable to the waves and every day stronger.” And he wasn’t wrong.

Jackson and her colleagues discovered that seawater leaking into the concrete caused the growth of interlocking minerals within the structure, adding to the material’s cohesion. The combination of ash, water, and quicklime causes a “pozzolanic reaction,” which is named after the city of Pozzuoli in the Bay of Naples.

Another factor the researchers found was that the mineral intergrowths between the aggregate and the mortar stop cracks from getting bigger. In contrast, the surfaces of nonreactive aggregates in Portland cement actually expedite the growth of cracks.

Through analysis of drill cores of Roman harbor concrete, they found that the seawater filtering through the concrete actually dissolved components of volcanic ash and led to new minerals growing from the highly alkaline mixture. The minerals that grew there were mainly Al-tobermorite (a rarely synthesized mineral) and phillipsite. Both minerals have silica-rich compositions, creating crystals that actually reinforce the cementing matrix.

So now that we’ve found this ancient concrete that performs so well in seawater-soaked conditions, we should start using it in certain construction projects, right? Unfortunately, the recipe for this concrete was lost long ago.

Jackson is currently working with geological engineer Tom Adams to create a new version of this recipe – except this time using materials from the western United States. She and her colleagues intend to continue their research on this front, potentially furthering our understanding of how to build longer-lasting concrete structures by the sea.