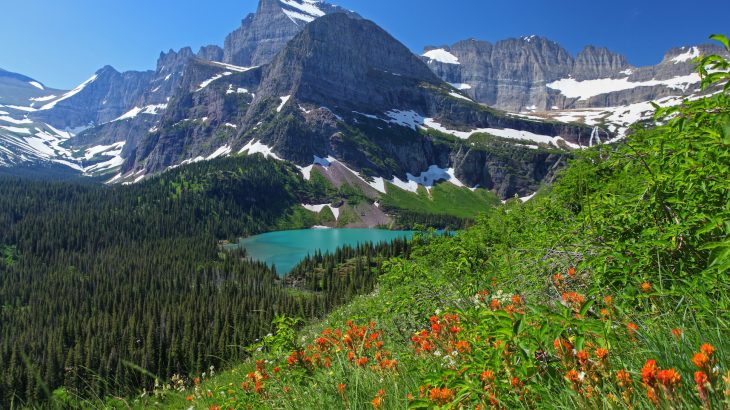 In a historic win for environmental protection in the United States, this week the US Senate voted 92 to 8 in favor a major public land conservation bill.

The bill, which received sweeping bipartisan support in an otherwise divided government, is especially noteworthy given that the Trump administration has been working remove public land protections and pave the way for more mining and drilling.

The Associated Press reports that the new bill is the largest public lands bill to be considered in a decade and includes something for everyone.

Under the new bill, around one million acres of land would be protected and 350 miles of river would be designated as scenic, wild, or recreational.

2,600 miles of new federal trails and 700,000 acres of new recreation or conservation areas would be added under the bill. Mining would also be prohibited across thousands of acres of public land.

“This package gives our country a million acres of new wilderness, protects a million acres of public lands from future mining, permanently reauthorizes the Land and Water Conservation Fund and balances conservation and recreation for the long term,” Representative Raúl Grijalva, the Arizona Democrat who heads the House Natural Resources Committee, told the New York Times. “It’s one of the biggest bipartisan wins for this country I’ve ever seen in Congress.”

The bill is the result of four years of hard work and members of both the Republican and Democrat parties contributed to the project.

One of the most important components of the bill is the permanent reauthorizations of the Land and Water Conservation Fund.

The fund comes at no expense to taxpayers and instead takes royalties and fees from oil and gas companies that operate in federal areas to help supplement environmental conservation and recreation.

It was first established in 1964 and although it has received strong support over the years, the program went through a long pattern of expiring, being re-instituted, and expiring again.

Now, the fund won’t expire again as long as the bill passes the House of Representatives.

“The Land and Water Conservation Fund has been a pre-eminent program for access to public lands” Senator Maria Cantwell told the AP.

Three new national monuments will be designated by the National Park Service under the new bill as well.